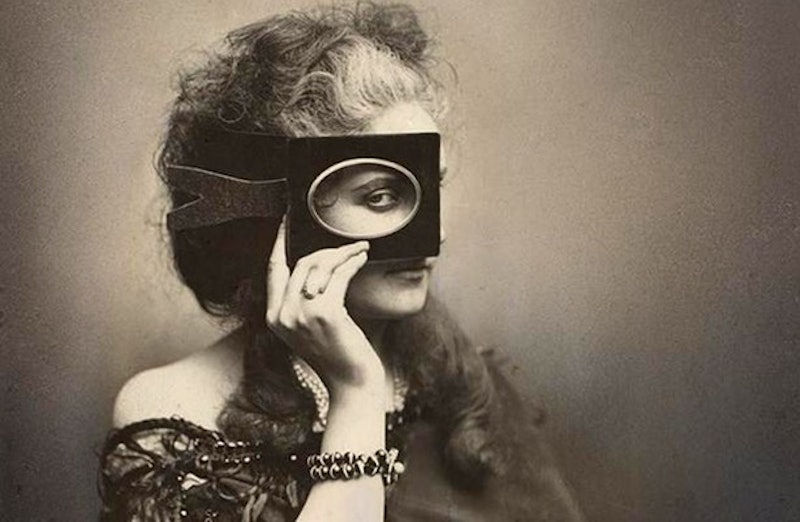 If you think photography begins and ends with Instagram, now's the time to expand your horizons (and adjust your shutter speed): May is National Photo Month, a celebration of photographers of all shapes and sizes. And it's an opportune time to delve into the history of photography — and in particular some of the women who helped to shape the medium's destiny after photography was invented in the 1830s.

These days, the idea of women as high-achieving photographers is part of our culture; portraitists like Annie Leibovitz and Diane Arbus and photography and film artists like Cindy Sherman have been groundbreakers in their fields — not only for women, but for the technology in general.

This hasn't been the case for much of photography's history, though. Not only have our ideas about photography often excluded the real stories of women who were influential in its early years; photography is also often seen primarily as a Western invention, when in actual fact, it spread pretty rapidly into other cultures: the first photograph by a Japanese woman, Shima Ryu, was likely taken in 1864.

Unfortunately, the history books often depict the early years of photography as largely dominated by white men, who primarily had both the means and the freedom to experiment with the new technology and contribute to its future. But alongside these male pioneers, there were female innovators whose contributions deserve to be highlighted, too.