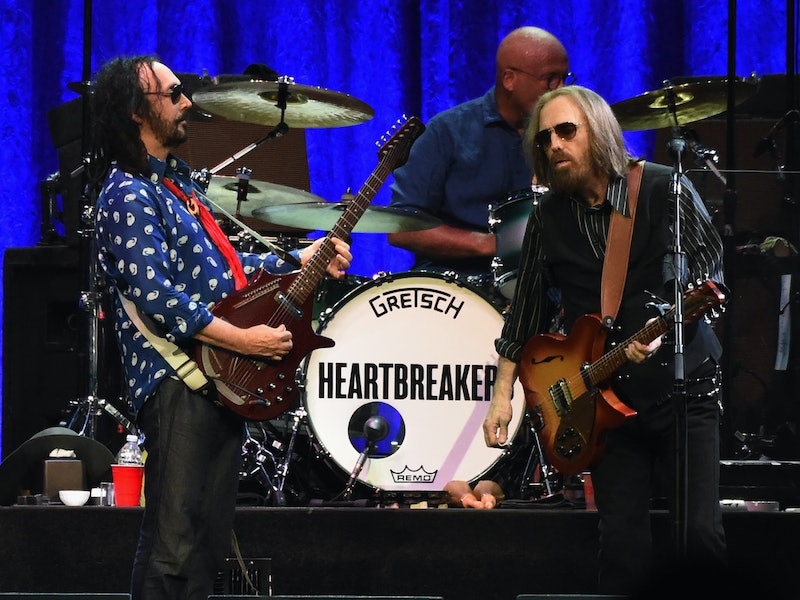 Music fans were sad to find out that Tom Petty passed away at the age of 66 on Monday night. The musician was famous for his successful career as a solo artist, but his work with several bands, including The Heartbreakers. Who The Heartbreakers were to Tom Petty showed they were more than a band. They were the longest tenured band that petty worked with, playing together since 1976. Since then, Petty had released more than a dozen albums either in collaboration with or prominently featuring The Heartbreakers. Together, the group is recognizable for some of Petty's most beloved hits, including "Mary Jane's Last Dance" and "American Girl."

The intro to "American Girl" has been likely stuck in your head since the first time you heard it, but somehow, you just never get tired of it. You have Tom Petty and The Heartbreakers to thank for that. Petty had also collaborated with the following bands: Mudcrutch (1970-1975), supergroup The Traveling Willburys (1988-1990). On Petty's solo albums, The Heartbreakers served as the studio musicians, and were further supported by Petty's stable of collaborators. This stable famously included musicians like Jeff Lynne and George Harrison, who were also two of Petty's bandmates in Traveling Willburys. Petty recorded with Bob Dylan, Stevie Nicks, and innumerable other industry icons, but The Heartbreakers were his constant.

At the time of Petty's passing, the band and singer were still performing together, celebrating just over four full decades on an anniversary tour. In fact, the lineup has made only minor adjustments over the years. Lead guitarist Mike Campbell and keyboardist and vocalist Belmont Trench have played with The Heartbreakers since the group's inception. Over the years, Campbell and Trench have cultivated fanbases for themselves on the side — both artists regularly perform solo — and in 1997, the two recruited occasional bandmates Ron Blair and Randall Marsh to form a Heartbreakers supergroup, The Blue Stingrays.

Together, the band created memorable, guitar-driven, and distinctly American tunes. According to the New York Times, the mid-late 1970s emergence of the "heartland rock" genre helped propel the group's success at first. Though the "heartland" sound grew less popular after the rise of early '80s synthpop, the Heartbreakers' classic rock hits never went out of style. In fact, "American Girl" only reached the U.S. charts upon its re-release in 1994.

Since 1976, the band has recorded and toured continuously. Their last album as Tom Petty and The Heartbreakers, Hypnotic Eye, was released in July 2014. Tom Petty and the Heartbreakers were scheduled to tour throughout 2017, concluding a nearly year-long run with a multiple-night stand in New York City before Thanksgiving. On several of the dates, longtime members were set to perform solo, and it is unclear whether the solo artists will proceed with their shows at this time. The Heartbreakers had not commented or mentioned if Petty had suffered from health issues prior to embarking on tour. The band had previously lost bassist Howie Epstein, who joined the Heartbreakers in 1981. He remained a core member of the group until he passed away in 2003, allegedly from complications related to drug use.