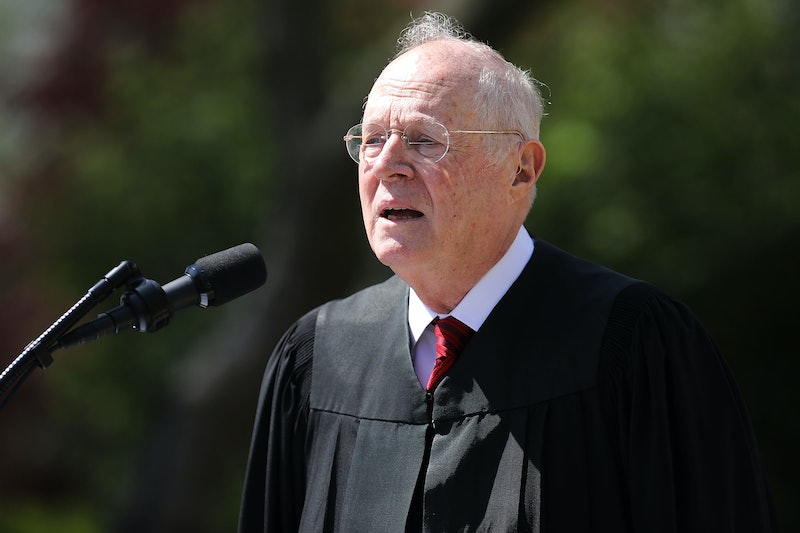 Now that one of the most powerful judges in the United States is retiring from his position, you might be wondering what's next. So, who will replace Supreme Court Justice Anthony Kennedy? For now, there is little information about who President Trump might pick as his replacement. It could be someone from Trump's list of 25 conservative nominees, which he created with the assistance of the right-wing Federalist Society and Heritage Foundation last year in anticipation of Kennedy's retirement.

There is no doubt that Kennedy is leaving behind a position of great appeal. When he retires on July 31, both liberals and conservatives will be eyeing a seat known for its swinging vote power. It's the same kind of power that Kennedy wielded while serving as a Supreme Court justice. With the help of his swing vote, Kennedy sided with more liberal causes as supporting abortion rights, affirmative action, and civil rights for the LGBTQ.

CNN reporter and producer Kevin Liptak reported that Trump told the press he would pick Kennedy's successor from the same list of 25 nominees he created last year. As for the timing, Senate Majority Leader Mitch McConnell said, "We will vote to confirm Justice Kennedy’s successor this fall."

Soon after reports of Kennedy's retirement surfaced, Trump told the press that he would "immediately" start looking for his successor. It's something that his administration and the Federalist Society had been publicly keen about since last year.

Federalist Society's vice president Leonard Leo told USA Today in 2017 that the institution had been keeping an eye on any empty seats to grab. "There's no inkling of any vacancy," Leo said at the time, "but the fact of the matter is that you would be foolish to wait for one. You never know when there will be a vacancy."

There's some time left before Kennedy's successor is voted in. Conservatives may want to lock his replacement in before the new year for the Supreme Court initiates in October 2018. On the other side, Democrats may look for some conservative help from the likes of Alaska Sen. Lisa Murkowski and Maine Sen. Susan Collins who might caution against a hardcore conservative voice in the Supreme Court.

In a letter addressing Trump, Kennedy wrote about his intention to retire. "This letter is a respectful and formal notification of my decision, effective July 31 of this year, to end my regular active status as an Associate Justice of the Supreme Court, while continuing to serve in a senior status, as provided in 28 U.S.C. § 371 (b)."

Kennedy went on to write, "For a member of the legal profession it is the highest of honors to serve on this Court. Please permit me by this letter to express my profound gratitude for having had the privilege to seek in each case how best to know, interpret, and defend the Constitution and the laws that must always conform to its mandates and promises."

The timing behind Kennedy's retirement will have a profound say on the conservative and liberal makeup of the Supreme Court. If Kennedy retired in 2019, there was a chance that the Democrats would have had the opportunity to win Senate majority once again and keep Trump from irrevocably changing the makeup of the Supreme Court. But his retirement in 2018 means the Republicans will have majority of say, and how that will play out in legal matters is a cause of concern for many liberals.