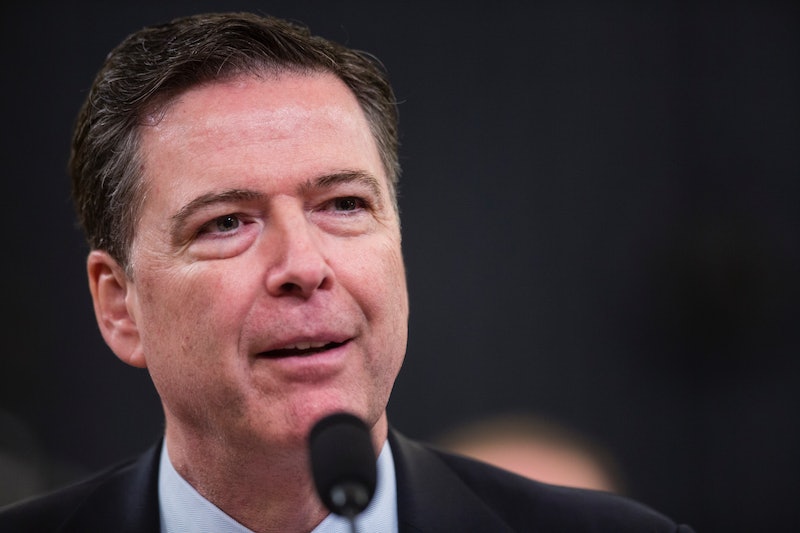 On Tuesday, President Donald Trump announced the firing of FBI Director James Comey, leaving all of Washington to wonder why. And, of course, to wonder when the next shoe will drop ― who will replace Comey at the FBI? Who will step into the job, after one of the highest-profile and most politically shocking firings in recent political history?

As it stands now, the answer is thoroughly unclear. What's is clear is that Comey isn't the man anymore ― Trump's letter to him plainly stated that he was out "effective immediately." As such, the bureau is currently without a director ― unless someone else has already been appointed and word of it hasn't been publicly released just yet, but there's no indication that's the case.

The reason this question looms so large is obvious: The Trump administration is currently under FBI investigation for potential coordination and/or collusion with the Russian government to aid Trump's presidential campaign and hurt his Democratic challenger, Hillary Clinton. Comey has twice testified before Congress regarding the investigation, and reaffirmed its existence just last week. In other words, a sitting president just fired a man who was conducting an investigation which could ― although such is not yet clear ― have uncovered criminal activity within his campaign.

In Trump's letter to Comey explaining the firing, he said he was following the advice of Attorney General Jeff Sessions and Deputy Attorney General Rod Rosenstein. The pair wrote letters to Trump urging him to fire Comey on the grounds that he mishandled the Clinton email investigation, as well as subsequent statements, including in his recent congressional testimony, about his decision-making about the case.

Notably, however, Trump didn't actually mention those reasons in the letter. In fact, the only concrete FBI matter he references is the bureau's ongoing investigation into his campaign's relationship to Russia. So reads the second paragraph:

While I greatly appreciate you informing me, on three separate occasions, that I am not under investigation, I nevertheless concur with the Department of Justice that you are not able to effectively lead the Bureau.

This means that the ongoing investigation of Trump's campaign ― assuming it continues after this undeniably shocking intervention ― will be taken up by, well, someone else. There's no telling who just yet, except that whoever it is, they'll be picked by Trump himself. To say that this is a seismic political moment is a major understatement, full stop.