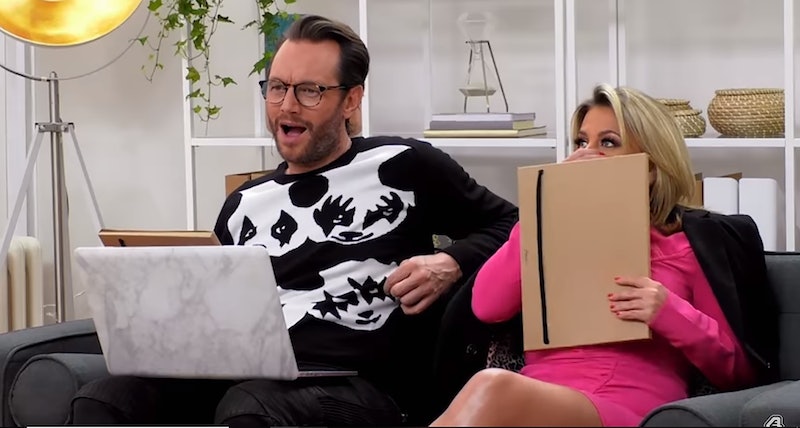 Celebs Go Dating has provided us with a lot of entertainment over the series. There was Bear’s attempt to get out of a date by leaving a note to say he had left a chicken in the oven. You can’t forget Joey Essex asking if Canada was a country. And it gave us weeks of delight in Charlotte Dawson’s dating techniques. Tequila shots at the ready. As Season 5 is set to air there has been so much change afoot. So, who will replace Nadia and Eden on Celebs Go Dating?

Celebs Go Dating is returning to our screens in October 2018, Digital Spy reports. Since it's been revealed which celebs will be entering the agency this season, I can hardly wait. It isn’t surprising that when you bring together a group of famous faces to date the general public there is going to be some drama. It usually adds to the entertainment. However, historically the trusty agency trio, Eden Blackman, Lady Nadia Essex, and Tom Read Wilson have kept things together. However, with Blackman's departure from the show in March and Essex resigning in Sept 2018, Channel 4 is in need of some new matchmakers to give the celebs a steering hand.

Blackman left the show after four seasons and told The Sun Online that he wanted to focus on his music agency and new app. Speaking to newspaper about his departure from the show, Blackman said, "I’m immensely proud of the show’s success but after four great series, it’s now time for me to fully commit to my other projects — 2018 will see me relaunch my dating app Would Like to Meet and also marks the 18th year of my music PR agency — these remain my biggest passions and take up a great deal of my time.” Sounds completely fair to me.

Whilst it will be sad to see Blackman go, he is being replaced with someone who is more than qualified. Enter Paul Carrick Brunson. The U.S. dating expert has previously worked with the likes of Oprah Winfrey on her show, Lovetown and founded his own award- winning matchmaking firm, PCB Agency. He has also written his own book, It’s Complicated (But It Doesn’t Have To Be): A Modern Guide To Finding And Keeping Love. That sounds like the perfect stocking filler for all the celebs joining the agency this year.

On a personal note, Carrick Brunson has been married to his wife Jill since 2000 and they have two sons together, OK reports. It looks like Blackman has left the agency in very safe hands. However, it's not the only change that's afoot at the agency. It was recently announced that Lady Nadia Essex left Celebs Go Dating earlier this month after the show accused her of “improper social media use.” As reported by The Sun Online, Essex was accused of setting up fake Twitter accounts to send abusive messages to former co-host Eden Blackman.

Speaking to The Sun, Essex explained her behaviour by saying, “I was in completely the wrong head space. I was a mess. I couldn't leave the house because I was terrified people would hurl abuse at me in the street." She added: "I was devastated and petrified and I didn't know what to do. I was depressed and I felt desperate. I am at rock bottom.” I've reached out to the production company to find out if this means Essex will be entirely absent from next season, and it appears that she will feature in a few episodes before she was suspended. The show's representatives added, “we’re just completing filming on series 5 and there are no current plans for replacements.” Since this all happened so recently, I'll be keeping my eyes peeled to see if any new faces occur.

At least we know there is some stability, Tom Read Wilson will be back at his desk to welcome us and the new celebs into Season 5 of Celebs Go Dating. I feel like I have had withdrawals from Read Wilson’s pure observations and witty quips. Whilst it is all change at the agency with Carrick Brunson at the helm Season 5 of Celebs Go Dating is definitely going to be one to watch.