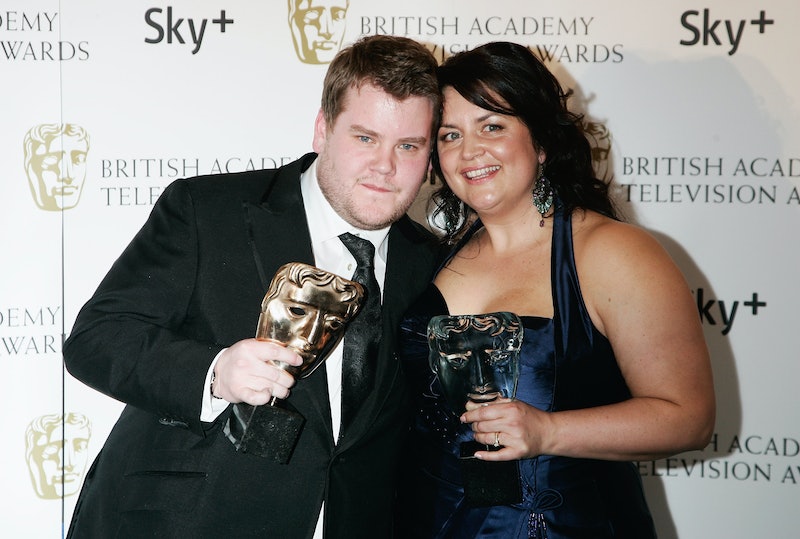 Finally, after years of waiting, the Gavin And Stacey Christmas reunion episode is almost here. Since it's inception the show has brought us laughs a plenty and birthed iconic characters like Smithy, Uncle Bryn and Nessa. The cast of the show will reunite for a one-off Christmas special nine years after the final episode aired. The show has been highly anticipated due to the success of the series, but who wrote Gavin And Stacey? Is it the same people behind the original series? Well, the news is all good on that front.

The writers of the show are none other than James Corden who plays Smithy and Ruth Jones, who plays Nessa. The two collaborated on the original series and the Christmas special episode, so I think it's safe to say it's reasonable to have high hopes. Corden recently admitted to The Sun in Los Angeles, California, that creating the episode wasn't particularly straightforward. The pair met in LA to craft the episode, and they realised early on that what they had written wasn't up to scratch, with Corden adding that the show was "dead". Corden continued:

"It was deeply depressing. It was the second time Ruth had flown out. That’s a long way to go. I was working on my days off, so that is essentially time you’re not with your children."

But then an idea came which saved the whole show, in the form of the "best scene ever". Corden said "it’s probably the quickest scene we’ve ever written. And I think it’s the best scene Gavin & Stacey has ever had. Suddenly this scene arrived, I can’t tell you, I sound like Mystic Meg but it landed in the room."

The series is back after a nine year hiatus. It originally ran from 2007 to the start of 2010, and the show has accumulated a number of awards, with Corden receiving best comedy performance at the BAFTAS.

Speaking to the Red about the reunion, Jones added: "ever since it finished in 2010, we’ve always said, ‘Do you think we’ll do another one?’ Sometimes we would just text each other and go, ‘I have a really good idea for Bryn’." She added that working with Corden again "was a bit strange initially," but they seem to have powered through. Here's hoping the episode is lush, as Stacey would say.