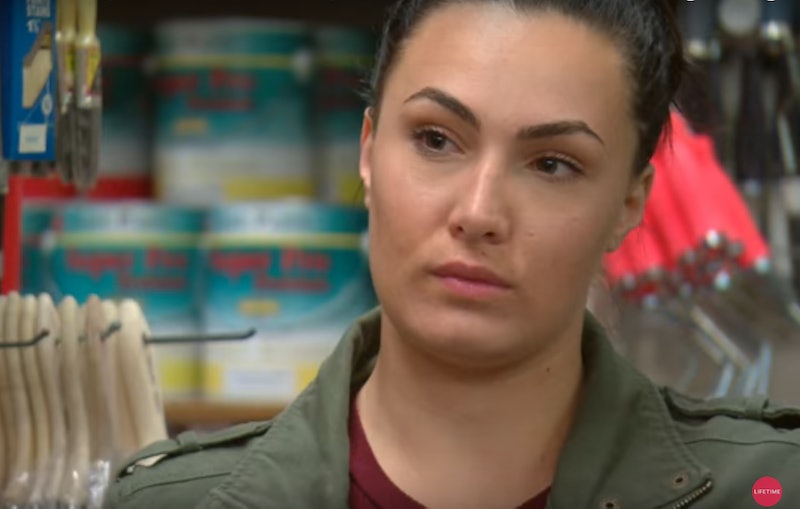 Lifetime's new reality series, Growing Up Supermodel, finds famous parents passing the torch to their children, a new crop of aspiring models aiming to strike out on their own. Just as names like Kendall Jenner and Gigi Hadid have done before them, the show's stars strive to step out from behind their celebrity families and onto a runway of their own. But who, dear readers, are all of these industry hopefuls? Let's start one at a time: Who is Growing Up Supermodel's Arissa Le Brock?

According to her Lifetime bio, she's the daughter of Kelly Le Brock, an actor-slash-model who began gracing magazines like Vogue and Harper's Bazaar in the 1970s. By 1984, she'd married movie producer Victor Drai, who cast her in the title role of The Woman In Red alongside the late Gene Wilder. She went on to appear in films including John Hughes' Weird Science and 1990 action flick Hard To Kill, the latter of which she starred in with her now ex-husband (and Arissa's father) Steven Seagal. But as Arissa explains in a promo for Growing Up Supermodel, she wants to be known on her own terms. "Oh, you're Kelly Le Brock's daughter. You're Steven Seagal's daughter," she says. "No, I'm me."

Part of making a name for herself outside of her mother's shadow means forging her own path, and as a plus-size model, Arissa is on "a crusade to earn acceptance for non-traditional body types," her bio reads. At 23, she's nabbed campaigns with the likes of Ashley Stewart and PLUS Model Magazine, but the road to stardom hasn't been easy.

"Being plus-sized, it's definitely really difficult to deal with," she says in the show's trailer, even admitting she's thought about quitting. Elsewhere, her mother warns her about the dark side of the business: "The drug scene was very dangerous when I was modeling," Kelly says. "I almost died."

Still, Kelly has been supportive of Arissa's dreams, sparking her drive to overcome the modeling industry's often limited definition of beauty. “As I reached puberty, I started to get ‘those’ curves," Arissa told PLUS Model Magazine during a cover shoot in 2014. “Having a supportive mother, I was proud to be a vivacious, curvy woman, as she taught me that beauty is in the eye of the beholder. When I didn’t always feel that way, I would remind myself of my mother’s words."

Tune into Growing Up Supermodel Aug. 16 to see how the rest of Arissa's story unfolds.