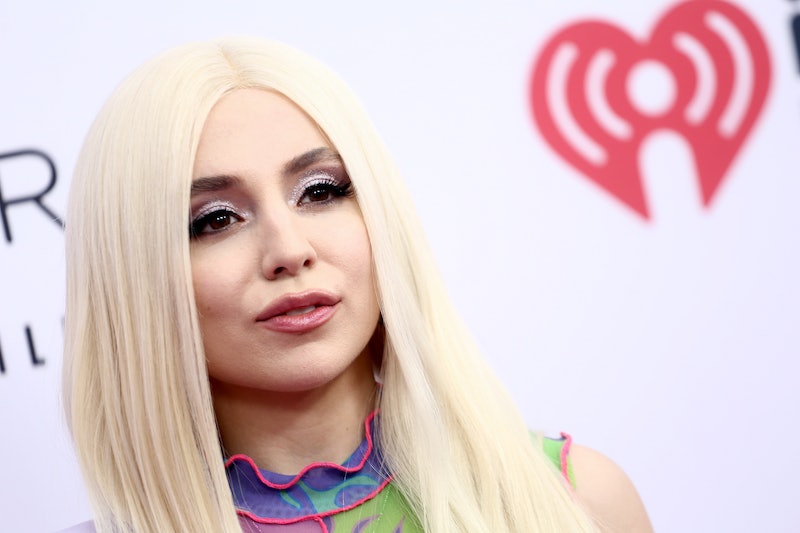 You may have heard of music industry newcomer Ava Max, thanks to her hit single "Sweet but Psycho." The pop artist's debut single with Atlantic Records has become an international since its release in August of last year, and in January, she hit the top of Billboard's Emerging Artists chart. Max has performed on several late night shows and is now nominated for Best New Artist at the 2019 MTV Video Music Awards, which are happening this Monday. But there's so much more to the emerging artist beyond the charts, awards, and titles. So, to help familiarize you with the singer-songwriter behind the bops, here's everything you need to know about Ava Max.

According to Rolling Stone, Max was born in Milwaukee in 1994 and given the name Amanda Koci. She moved to Virginia at the age of two with her Albanian immigrant parents. Her mom sang opera, and her dad played piano around their house. Her grandfather was also a comedian and theater actor in Albania, and both of her grandmothers wrote songs. “I couldn’t stay away from music,” Max told the magazine.

At 13, per Vanity Fair, she came up with the middle name "Ava" and has been going by it since. When she was 14, she and her family moved to Los Angeles for her career. But things didn't work out that time, and a year later they were back in Virginia. “I’m happy nothing happened back then, so I could actually have a normal childhood,” she told Vanity Fair. She eventually moved back to California when she was 17 and worked on songs with her older brother's friend — Canadian producer Cirkut — who was among the hitmakers responsible for Katy Perry’s “Roar,” and Miley Cyrus’s “Wrecking Ball.”

Though Max and Cirkut went on to record a lot of songs together, it wasn't until they uploaded "Anyone But You" to SoundCloud that she got the attention of labels. After the song was online for about a month, her e-mail inbox was "exploding," Max told Rolling Stone, with requests from labels wanting to speak with her. In 2017, she signed with Atlantic Records.

Since then, Max has been featured on tracks by fellow artists David Guetta and Jason Derulo and released more of her own singles, including "Salt" and "Not Your Barbie Girl." But it was only when she released another Cirkut collab, "Sweet but Psycho," that she made big waves in the music industry. The single topped charts in more than a dozen countries, including spending four weeks atop the Official U.K. Singles Chart.

She followed up "Sweet but Psycho" with another pop anthem, "So Am I," which talks about appreciating the differences among people. Now, she has a forthcoming debut album, which she hopes to release this year. While the release date has yet to be revealed, Max told Vanity Fair that she finished recording it over Christmas. (She may have a VMA in her hands long before she puts a full album out into the world.) “We’re bringing pop back,” Max told the magazine. “I hope you’re all ready.”