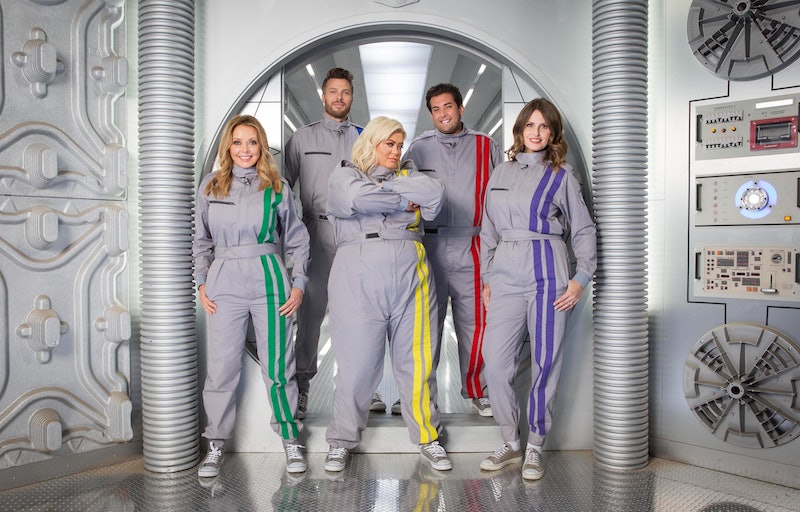 Nineties nostalgia is not just about fluorescent garms and singing all the hits. Oh no. There is a hell of a lot of time to be nostalgic about all of the excellent light entertainment that the decade served up. A more innocent time, when you didn't spend the whole time the telly was on scrolling through Instagram/Twitter. A time when you didn't have the attention span of a gnat. A new celebrity version of one hit show should satiate your nostalgic needs. So who's on Celebrity Crystal Maze 2019 and when does the show start?

Well guys you have a little bit of a wait but nothing major. The show is set to premiere on June 21 on Channel 4. I know right, I wish it was starting today too. The series will be in six parts and is all for a good cause. The programme will be raising awareness for Stand Up To Cancer, which is an ongoing charity collaboration between Cancer Research UK and Channel 4.

Such a brilliant TV format and even more brilliant charity deserves a celebrity line up to match am I right? Well guys, the team over at Channel 4 are absolutely not the types to disappoint and with this line up they are about to make a lot of dough.

First and foremost, they have the GC. Yes, Gemma Collins will be a captain on one of the episodes and looks radiant as ever in her grey jumpsuit. The photos they have released also show a facial expression that says "I mean business, guys."

Her on-again off-again BF James Argent will be on her team, which should be a bit fun, along with actual Carol Vorderman. Other episodes will feature well known celebrities like Vic Reeves, Kara Tointon, Jack Fincham, and Anna Richardson.

The show will stick largely to the tried and tested format of the show which was such a mega hit back in the day. There will be four zones — physical, mental, skill, and mystery. All this mayhem will be overseen by the one and only Richard Ayoade who you probably recognise best from The IT Crowd. According to executive producer Neale Simpson, he took a lot of inspiration from OG host Richard O'Brien when it came to his own hosting method. He spoke to the Radio Times and explained Ayoade's style.

"When you see Ayoade's his take on it, it's the same knowing, acerbic sort of thing that you had from Richard O'Brien but slightly different way of coming at it".

He adds that despite all of the acerbic wit, Ayoade is definitely keen for his contestants to taste sweet victory.

"He’s clearly on their side and wants them to win, but it's a very funny theme going through the whole thing".

Hey, maybe after watching the show you will feel super keen to get your own shot in the Crystal Maze? Well luckily for uber fans, it is possible to do so. There are two Crystal Maze Experience venues for you to have your very own adventure. One in London and another in Manchester.