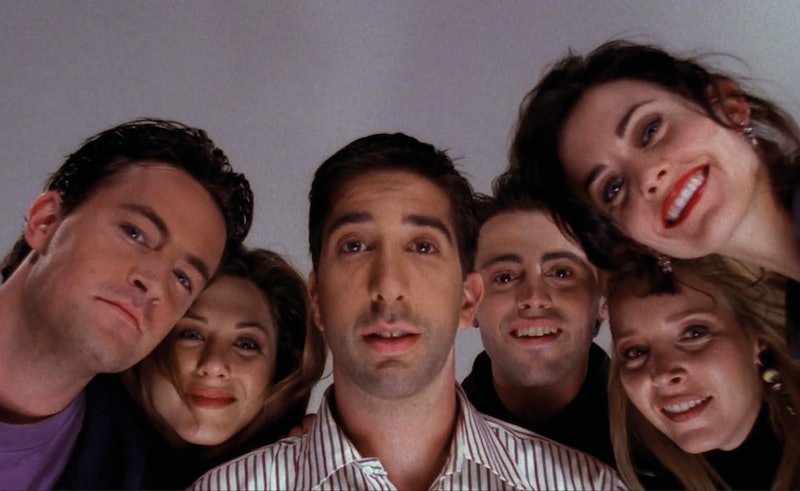 Friends is important. If you were born in the '80s, '90s, or '00s, and have never seen an episode, where have you been and how exactly have you managed that? One of my fondest memories is running home from school to watch reruns on E4. When I grew up I wanted to be Chandler Bing and to set the record straight, Ross and Rachel were on a break. Whilst you might have your favourite character science has established the main character in Friends and believe me I’m totally fine about it.

Over the ten seasons it was hard not to become attached to Monica, Chandler, Phoebe, Ross, Joey, and Rachel and the random partners that walked in and out of the show. I couldn’t pick out a main plot line if I tried, and to try and work out who the main character is seems completely impossible. However, one data scientist thinks they have found a way.

Data Scientist Yashu Seth reported on their blog that it was while they were watching their favourite episode of the iconic series that they started to wonder who would take the credit as lead character. After being inspired by watching “the one with Ross’ tan” – the episode where Ross showed people everywhere exactly how not to fake tan and the general practice for counting is not in Mississippis – Seth downloaded the transcripts for all ten seasons of Friends and used different measuring tools to establish who came out on top among the six friends. The winner? A certain Mr Ross Geller. Monica wouldn’t stand for such a loss.

Speaking about their research, Seth wrote:

“Rachel and Ross both had more than 9000 lines. This was really close. While Phoebe had the least number of lines, 7.4 thousand. Chandler, Monica, and Joey had almost the same number.”

The research also found that Ross and Rachel spoke the most words across the ten seasons. However, this doesn’t mean that Ross had the most screen appearances. Whilst he may have spoken the most it was Chandler (my real winner) who appeared in over 1400 scenes and therefore takes top spot. But when it comes to appearing in scenes alone Seth found:

It looks like it was neck and neck to the end to establish who could be considered lead character. In went down to the wire, however Seth had to give it to Ross:

"It is really close between Ross and Rachel. But, Ross beats Rachel by a significant margin in the individual scene appearances. Besides, there was very little difference between them in the other parameters. Hence, I will have to give it to Ross."

However, Seth found some other things which are pretty interesting. The OG bromance is alive and well as Seth found that “Chandler and Joey as a pair had the most number of screen appearances than any other pair.” Well, when Chandler moved out it really was an end of an era. And whilst it seemed like the gang never left Central Perk or Monica’s flat (why would you when she was such a good hostess) only 16 percent of scenes were shot in Central Perk and 26 percent were in Monica’s apartment. So, at some point they did actually go to work.