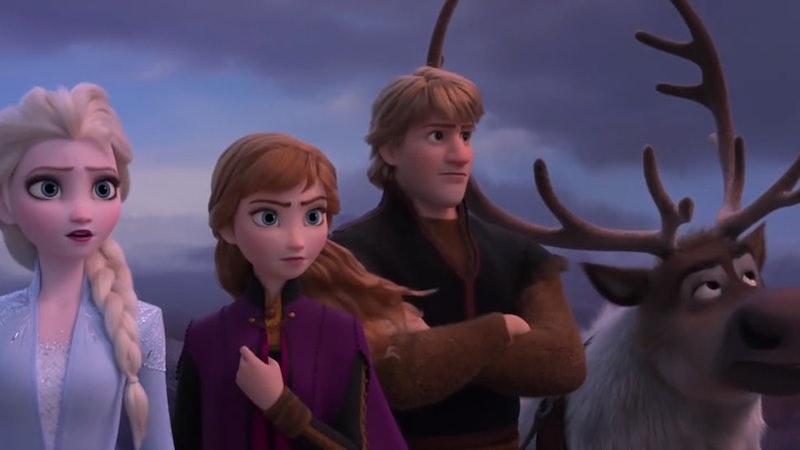 The three big themes of my month in self-isolation so far have been: bread, video calls, and Disney+ ... in no particular order.

The first two are self-explanatory, but as someone who's riding out social distancing alone, I can't exaggerate how essential Disney+ has been in keeping me occupied and in positive spirits. I received an annual Disney+ subscription as a holiday gift back in December, and despite having spent hundreds of hours watching it while cooped up at home this month, I haven't even cracked the surface of all the Disney, Marvel, Star Wars, Pixar, and National Geographic content it offers up right to my fingertips.

Now, it's a good time to pay it forward. With egg hunts, big family dinners, and other celebrations on hold or limited this year, we all have to get extra-creative to keep up the Easter spirit. Even if you don't celebrate the actual holiday, it's a good excuse to let friends and family know that you're thinking about them.

A Disney+ gift subscription is the ideal present right now for a lot of reasons: It'll provide your loved one with a mental escape and a mood lifter for a full year, and you don't have to send it in the mail, so there are no delivery delays. Here's a small sampling of what your loved ones will find in their Disney+ subscription, and while you're at it, consider signing up for a free trial for yourself!

We only recommend things we love and that we think you will, too. We may receive a portion of sales from products purchased from this article.

Content That Will Put You In A Good Mood

In celebration of Earth Month, Disneynature has released Elephant and Dolphin Reef to Disney+, along with Penguins, African Cats, and many other nature docs that'll tug at your heartstrings and inspire your sense of wonder.

Other movies and shows that will put you in an instant good mood: Encore!, a Disney+ original reality series about former high school musical casts reuniting; Stargirl, an original teen romcom starring Grace van der Waal; and pretty much everything Pixar has ever put out.

If you're feeling nostalgic for simpler times, check out classic Disney Channel Original Movies like Cadet Kelly and Princess Protection Program, or movies like The Sandlot and Heavyweights.

Movies You'd Be Surprised To Find On Disney+

Disney+ has plenty of movies geared toward adults that you wouldn't normally associate with Disney, such as romantic comedies 10 Things I Hate About You and Splash; underrated comedy Big Business; and the perennial classic, The Sound Of Music.

It even has the entire Simpsons catalogue, including The Simpsons Movie.

As you might expect, Disney+ comes with top-notch parental controls for any families with young kids, so the little ones can explore content safely. There are tons of LEGO versions of Star Wars, Marvel, and Disney franchises, as well as Disney Channel, Disney Junior, and Disney XD staples, like Gravity Falls and Vampirina.

Movies That Shouldn't Even Be Streaming Yet

Disney+ gave a major gift to the world by making Frozen 2 and Onward available way earlier than they were scheduled to be — in fact, Pixar's latest feature Onward should still be in theaters right now! Both are instant classics, but warning about Onward: Have your tissues at the ready ... it's a tearjerker!

Content That Will Satisfy Your Inner Star Wars and Marvel Nerd

You could spend an entire month exploring all of Disney+'s Star Wars and Marvel content. The actual feature films are just the tip of the iceberg — the real fans will find plenty to discover with the series (most notably, The Mandalorian), the documentaries, and LEGO versions.

So what are you waiting for? Make a loved one's year with a gift subscription, or start a free trial for yourself!

More like this
Every Disney Fan Must Watch ‘High School Musical: The Musical: The Series’ Season 3
By BDG Studios
Disney+ Has a Nature Docuseries Narrated By Michael B. Jordan
By BDG Studios
Amazon Keeps Selling Out Of These 50 Products With Near-Perfect Reviews That Work So Freakin' Well
By Madison Barber
All The Sneaky Lindsay Lohan Movie Easter Eggs In Her New Ad, Explained
By Stephanie Topacio Long
Get Even More From Bustle — Sign Up For The Newsletter