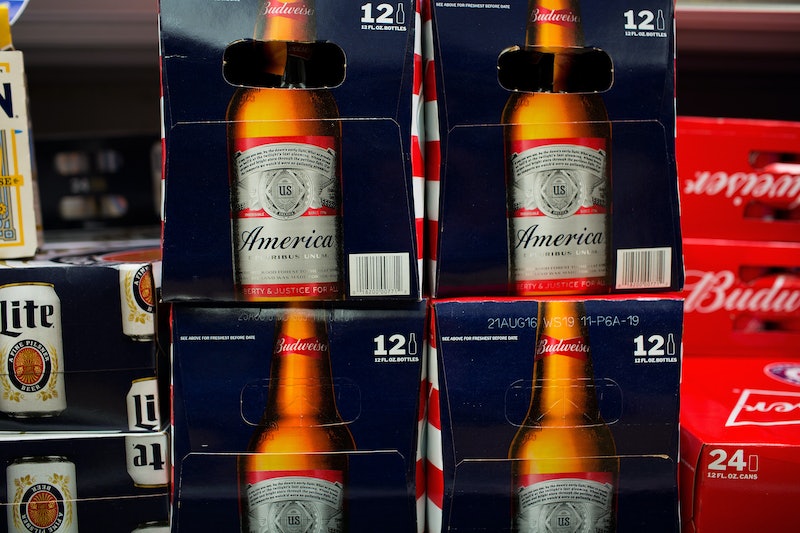 Budweiser has said the Super Bowl commercial is not intended to be a political statement. "This commercial shows the start of Budweiser's journey, and while it is set in the 1800's, it's a story we believe will resonate with today's entrepreneurial generation — those who continue strive for their dreams," Ricardo Marques, the Vice President for Budweiser, said in a statement.

However, the ad has been seen by many as a critique of Donald Trump's executive order, signed Jan. 27, implementing immigration and refugee restrictions. Now, a number of people, presumably proponents of the executive order, have taken to social media to threaten to boycott Budweiser.

On Super Bowl Sunday, Joe Walsh, a former congressman and one of Trump's most vocal supporters, tweeted "Budweiser has a right to get political & support illegals, and we have a right to boycott Budweiser. That's America. "

Walsh also tweeted in late October, "On November 9th, if Trump loses, I'm grabbing my musket. You in?"

Walsh was hardly alone in his calls for a Budweiser boycott.

However, the #BoycottBudweiser also spawned its own counter-movement of support for Budweiser on Twitter.

And some humorous comments that are completely apolitical.

Interestingly, according to a Slate interview with William Knoedelseder, author of Bitter Brew: The Rise and Fall of Anheuser-Busch and America's Kings of Beer, "Adolphus Busch did not arrive poor and struggling." Knoedelsder added that Busch, "was from a fairly well-to-do, successful family. He wasn’t tremendously wealthy, but it would be highly doubtful that he encountered whatever that was at the beginning with him jumping off the boat and people shouting at him."

It remains to be seen whether the #BoycottBudweiser movement will pick up steam and, even if it does, if it will have enough of a financial impact on Budweiser to outweigh the publicity and support the beer company has received in response to the Super Bowl commercial.