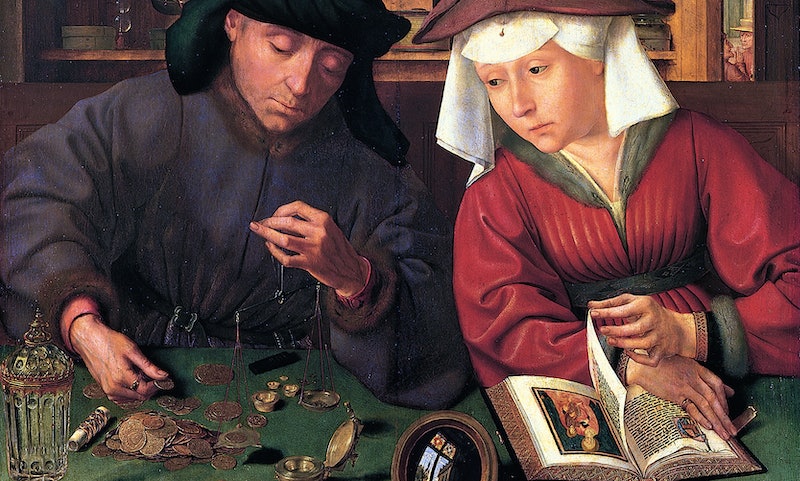 The fact that saving money is difficult, but necessary if you're going to be in control of your life, is kind of the first lesson of Personal Finance 101. But saving money isn't all pain — often, we can feel a sense of serenity (or smugness) from seeing the numbers in our savings account rise, or from squirreling money away under our mattresses. Some of the positive feelings we feel after we save are obvious — part of the joy of having savings is the sense of security that yes, you will be able to survive if life suddenly blows up and your car needs all four tires replaced and your dog requires special emergency surgery and must be flown to a clinic in Idaho. But beyond that, there are other reasons why saving money can feel pleasurable — and they relate to hierarchies of pleasure and the mechanisms of capitalism.

Anybody who's been raised on parables like Aesop's grasshopper and ant (grasshopper puts away nothing for winter, ant busily spends summer stocking up on food, grasshopper dies and ant is happily ensconced when the weather turns bad) will have been inculcated with the virtues of saving up for bad days. But there are deeper psychological mechanisms that lead some of us to save easily — and understanding them sheds a lot of light on how we can all develop more effective savings habits.

Check out the “Grown-A$$ Finances” stream in the Bustle App for more tips and tricks on how to save and spend your money.