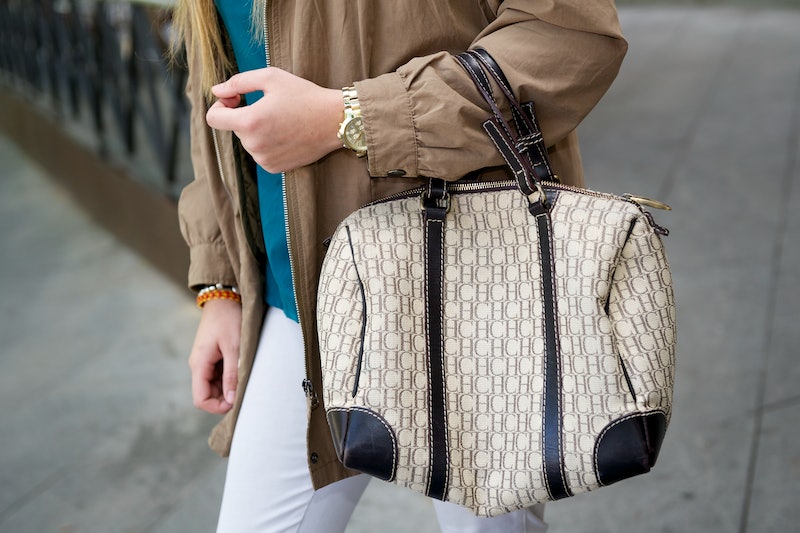 Any lefties out there? Being a lefty is pretty rare — only 10-12 percent of the population is reportedly left-handed. What determines handedness? According to a recent study, why some people are left-handed actually has to do with the spinal cord and not the brain as previously thought. Though my grandmother and her twin sister are both lefties, as are my mom and her sister, neither me nor my brothers are left handed.

Throughout history, being a lefty has been viewed as a defect, and as recent as the early-to-mid 20th century, children were punished at school for being lefties. A study published in the journal eLife found that gene-expression differences in the spinal cord during early fetal development may be what determines handedness. Both genetic and epigenetic (changes in gene functions that do not involve changes in DNA) factors play a role in whether you'll be a lefty or a righty.

While it was previously thought that the brain determined whether a person would be left or right handed, the new study found that handedness actually happens in the spinal cord before the brain and spine are communicating with each other. However, misinformation about lefties runs deep.

Of course, there is nothing wrong with being left handed — and it's unfortunate that the world is designed to favor righties. Understandably, this can be downright frustrating for non-right-handed people. Take left-handed musicians for example. While you can get a left-handed guitar (which is more expensive), the late Nirvana frontman Kurt Cobain, who was a lefty, regularly strung his right-handed guitars upside down. If you're a righty, think of all of the things you use every day that fit perfectly in your hand.

According to the Telegraph, another study found that whether or not you are religious is also genetic, and that lefties are more likely to be atheists. "British academic Edward Dutton, a professor at Oulu University, Finland, said that in pre-industrial times religiosity was passed on like other genetic attributes because it was associated with greater stability, mental health, and better social behavior," Olivia Rudgard reported for the Telegraph.

Before the Industrial Revolution, people who did not fit in with the majority, like atheists, were less likely to reach adulthood, the study published in the journal Evolutionary Psychological Science, noted. The study examined associations between four indicators: poor general health, autism, fluctuating asymmetry, and left-handedness.

"A systematic literature review combined with primary research on handedness demonstrates that atheism and/or paranormal belief is associated with all of these indicators of high mutational load."

Other research indicates that, historically, being left handed was associated with femininity and therefor inferiority. And, as humanity evolved into a patriarchal society, anything "left" was considered bad. "The ancient Celts, for instance, associated the left with femininity — the source of all life — and thus worshipped the left side, treating it as sacred," history website ATI reported. However, with the rise of Christianity, left handedness began to be associated with being immoral and evil.

Additionally, "Creation myths of the time dictated that males were conceived when the father’s 'seed' came from the right testicle, and that a female child would be born should the seed come from the left." ATI explained. "This thought translated to action, and as author Melissa Roth writes, for centuries fathers-to-be went so far as to tie off one testicle in an attempt to choose the sex of their offspring."

As these myths were debunked, lefties in the Western world began to be more accepted over the last 50 years. However, the Smithsonian magazine reported that two thirds of the world still views being left handed as a defect. Just like being born a redhead, both genetic and environmental factors over time play a role in handedness, and because only 10-12 percent of the population is left handed, I think it's pretty special. Seriously, celebrate your south paw. Who wants to be one of the herd anyways?

More like this
11 Health & Wellness Gifts Any Fitness Devotee Will Appreciate
By Rachel Lapidos
These Are The Best Supplements For Runners
By Carolyn Steber
This Company Will Send STI Tests Right To Your Door
By Lexi Inks
I Visited Remedy Place, The Social Club Transforming The Wellness Industry
By Rachel Lapidos
Get Even More From Bustle — Sign Up For The Newsletter