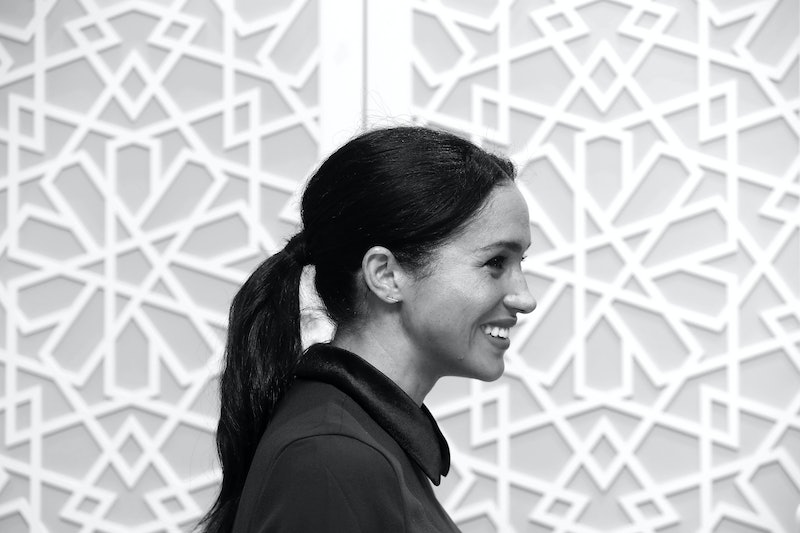 Have you ever wondered why a woman's triumphs are often accompanied by criticism? Whether it's labelling a victorious female as "awkward" or simply "a bitch," don't you think it's about time to unpack why people are so threatened by a girl or woman doing well for herself? To put it in a nutshell, why are successful women called "difficult?"

Some of the most overt examples of this kind of sexism occur in the celebrity and business worlds. In history, there have been far too many incidences of this. So many, in fact, that it's impossible to list them all. But in recent weeks, there have been several notable ones from the royal family and the world of TV.

The most high profile case has been that of Meghan Markle. Derided as "Duchess Difficult" by several tabloid newspapers, the Duchess of Sussex has been accused of upsetting the entire royal family with her modern ways. According to various unnamed sources, Markle's supposed antics have caused the Duchess of Cambridge to break down in tears, forced members of staff to quit, and could result in her husband missing out on the famous royal Boxing Day shoot.

Then there has been the case of TV documentarian and Strictly Come Dancing winner Stacey Dooley reportedly being branded "a diva" for asking staff to buy her a more glamorous outfit for a press conference. According to The Sun, Dooley apparently didn't listen to dress code advice and turned up to the appearance in a tracksuit, demanding that someone source an alternative even though shops were closed. Dooley's backstage behaviour reportedly became so bad that Strictly staff fell "out of love" with her. Bustle reached out to Dooley for comment about the claims.

The final example is of a woman who has experienced enormous success in the publishing sphere. JK Rowling, the author of the entire Harry Potter series among others, is currently entangled in a court case after accusing her former PA of fraudulently using her credit card. The Guardian reported that, during the trial, Rowling's PA described her boss as "generous" but "unapproachable". She added: “Approachable isn’t something I would say. People in the office would sometimes ask if she was in a good mood, in a terrified way.”

And there you have it. The one thing that all women are destined to experience at least once in their lives. Words of praise swiftly followed by condemnation. Funnily enough, it's rarely the same for any successful man. Men who display even the smallest amount of ruthlessness and who make tough demands of their staff are still heralded as powerful leaders.

Women, on the other hand, are often chastised for showing any sign of leadership at all. If they make even a reasonable demand, they are automatically categorised as a difficult person to work with and thrown on a worldwide blacklist.

"Women have historically been seen as pleasing and acceptable as long as we do not step inside the very male domain of power," women's leadership expert Eleanor Beaton tells me.

"For instance, as a Hollywood actress, Meghan Markle had a reputation for being friendly and down to earth. That changed after she stepped into her newfound role as a vocal, powerful, and influential senior member of the British royal family. Today, she is increasingly described in the media as difficult, hard to get along with, and the new Yoko Ono."

Beaton adds that this sexist treatment has been going on for centuries: "Virtually every sitting female head of state has been described and caricatured as Medusa." All of the above examples display that exact monstrous personality stereotype that surrounds all successful women.

Markle's many achievements, which include being a human rights activist and a proponent of female education, are downplayed by constant stories of a reported secret behind-the-scenes persona. Dooley has spoken openly about how her hard-hitting documentary work has been shrugged off by certain men in the TV industry, as the Guardian reports. And it wasn't until she won Strictly, yet another success notch to add to her belt, that her alleged difficult side was unveiled to the public. Rowling, too, is a woman who has become an advocate for many communities yet is criticised for trying to quietly deal with the pressures of her job in her very own office.

So what can women do about it? Beaton states that the first step "is to understand that power and the 'difficult' label go hand in hand for women." By understanding it, she believes that women are less likely to take it as a personal criticism, but as a "reflection" of how society views power and, more importantly, who is allowed to have that power.

Then, she advises using high-profile women's stories to fight through the criticism:

"Not only [should you] draw comfort from other powerful women who have invariably faced similar challenges, but use their examples to fuel your own focus. For example, I recently reminded a friend of an inspirational quote from the great Beyonce: 'Always stay graceful, the best revenge is your paper.'"

It isn't about accepting the constant sexism that is thrown at you and other women but more a case of taking it in and using it to stoke your own personal fire. The stronger we all become together, the less powerful the words of our critics will become.

So the next time you hear a bitchy comment about a woman who has worked hard to get to where she is today, don't be scared to list off all the men who have done the same thing and received no critique. You'll be surprised how fast a person will backtrack.

More like this
Forestcore Is About To Take Over Your TikTok FYP
By Sam Ramsden
Pret & Costa’s Coffee Is The Strongest On The High Street, According To Which?
By Sam Ramsden
Here’s What TikTok's "Mascara” Trend Is *Really* About
By El Hunt
Matt Hancock’s TikTok Is The Most Matt Hancock Thing Ever
By Sam Ramsden
Get The Very Best Of Bustle/UK
Sign up for Bustle UK's twice-weekly newsletter, featuring the latest must-watch TV, moving personal stories, and expert advice on the hottest viral buys.