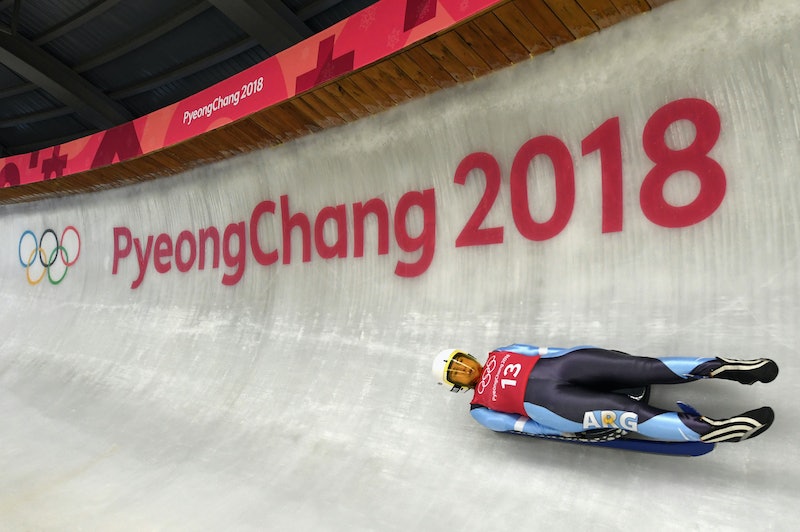 The 2018 Winter Olympics will begin in PyeongChang during the same month that all Winter Olympics have been celebrated in since 1968. Ever since the winter games first began in Chamonix, France, in 1924, only a handful have started in late January, and they've all at least stretched into the year's second month. The reason the Winter Olympics are in February seems to be a combination of International Olympic Committee rules and Mother Nature.

February is the coldest month in the Northern Hemisphere's winter. No Southern Hemisphere city has ever tried to host the games. For the past 50 years, the International Olympic Committee (IOC) has set the dates for the Games and has chosen February, likely because it's a month with high snow accumulation coupled with consistently cold weather in the Northern Hemisphere. In other words, there are good conditions for skiing and other snow- or ice-related sports. Different resorts peak in different months, January, February, or March — and February is safely in the middle.

That's not to say that will be the case forever. The IOC voted to create a process to simplify requests to change the dates of the Olympics for climate and weather purposes. This has only ever been a problem for warm potential host countries of the Summer Olympics. Doha, Qatar, was rejected for its 2016 bid because it wanted to move the games to October, when the weather there wouldn't be dangerously hot.

But now, according to the 2010 rule change, as long as a city puts its proposal in early, a change in the celebration month wouldn't be a problem for either the summer or winter games. Gilbert Felli, then the IOC's executive director of the Olympic Games, told the Associated Press it would be one process but with two phases to ensure dates wouldn't be a problem.

"Now we are saying if cities cannot organize the games during that period, instead of waiting for the first phase to tell them the dates are not very good, the cities have to make an application and the (Executive Board) will have to analyze the requests made and say, OK you can go into the competition or not," Felli told the AP in 2010.

But even with the rule change, there's still not a lot of demand from the Southern Hemisphere to host the Winter Olympics, and that likely has to do with geography — not just the fact that richer countries with the resources to host the games are located in the Northern Hemisphere.

Richard Seager, a Lamont-Doherty Earth Observatory geologist at Columbia University in New York, told Live Science that weather is the bigger issue. "To have a Winter Olympics, you need a place with snow," Seager told the science-focused news site. "In the Southern Hemisphere, that would pretty much limit you to the Andes."

"The large ocean areas in the Southern Hemisphere prevent winter from getting too cold, except in Antarctica. Hence, the snow falls in high and cold places — the Andes and the New Zealand Alps — where there is also abundant moisture supply from the ocean," Seager told Live Science.

That means that Chile and New Zealand could perhaps put in a bid to host someday. And if they do so, the dates could change to August — the heart of the Southern Hemisphere's winter.