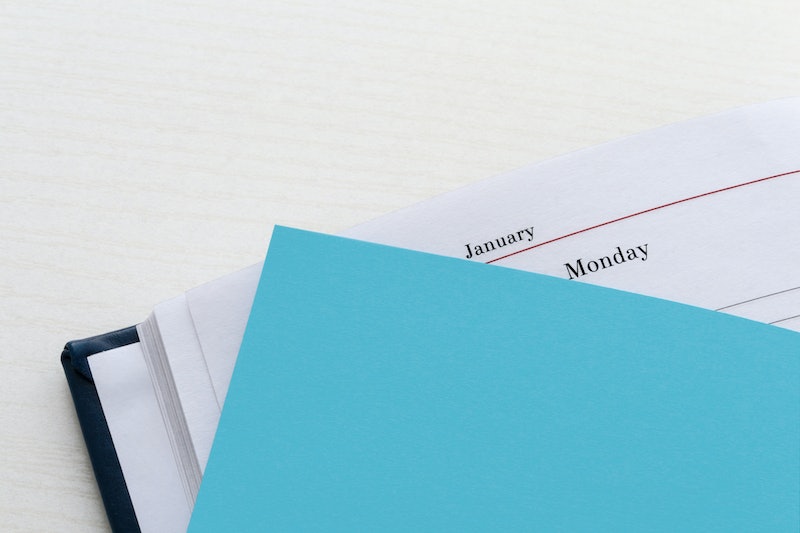 Blue Monday occurs on the third Monday of January each and every year. Characterised as the most depressing day of the year, it's full of trending hashtags and self-help tips involving watching uplifting films, drinking hot chocolate, and buying a plant for your desk (yes, seriously). But has the cult of Blue Monday gone too far? Or is there some merit in dedicating a day to depression?

Blue Monday has no medical basis. It was, like many national awareness days, created as a commercial stunt. The day was invented in 2005 by psychologist Cliff Arnall, reports MedicalNewsToday, who was tasked with a marketing concept for a travel company. Although Arnall used a formula to calculate which day would be the most depressing, the variable factors he used make it completely unscientific.

Even he's in two minds over the trajectory of his idea. "I'm pleased about the impact it if it means people are talking about depression and how they feel," Arnall told the Telegraph in 2010, "but I'm also encouraging people to refute the whole notion of there being a most depressing day and to use the day as a springboard for the things that really matter in your life."

Dr. Mark Winwood, director of psychological services at AXA PPP Healthcare, also believes "awareness days can provide a platform to bring serious issues to the fore, like mental health." It's true that speaking openly about mental illness can go some way to breaking down the barriers that still surround it. A targeted global conversation can also help people consider their symptoms and begin the process of seeking help.

But, said Dr. Winwood in a statement, "I see Blue Monday as less than ideal. In fact, it should come with its own health warning."

It's completely normal to feel "down" at this time of year; a long payday wait, Dry January blues, and damp and dreary weather will do that to a person. "The pressure to come across as happy all of the time has set up a toxic emotional environment which makes people feel it’s necessary to hide their authentic feelings," says senior therapist Sally Baker.

"Mentally healthy people experience the full range of emotions from happy to sad and back again many times during any day and often within any hour," she continues, advising people to acknowledge feeling sad to "take away the fear of negative emotions."

But there's a monumental difference between not feeling yourself and having a mental illness. "Depression can be extremely debilitating and people experiencing depression may feel hopeless, see no point in the future, feel disconnected from friends and family, and experience suicidal thoughts," Philippa Bradnock, information manager at mental health charity Mind, told iNews.

By centring just one day of the year on such an illness, experts say mental health can be trivialised, leaving some thinking depression is a temporary problem with a quick fix.

According to Dr. Winwood, "anyone who's experienced [depression] knows there’s a vast gulf between the blues of Blue Monday and a serious mental health problem, and the notion that there’s one dark day in the year suggests that we all need to pick up and get back to normal afterwards." Sophie Edwards, a 20-year-old with anxiety, told BBC Newsbeat the day "puts a lot of pressure on people who already have a mental illness to overcome it."

Plus, there's the "power of self-fulfilling prophecy," psychology lecturer Dr. Jolanta Burke wrote in The Conversation. When people expect a day to be a certain way, they may begin to uphold those expectations. In the case of Blue Monday, people may think more negatively about their lives than they would if the concept didn't exist.

There is a way in which Blue Monday could rectify itself. Instead of revolving around brands offering discounts to make people "feel better" and "5 ways to beat the blues" headlines, the day could be utilised as a starting point for people in positions of power.

"Wouldn’t it be great to see a main fashion retailer put out a manifesto, committing to ending stigma in the workplace around mental illness?" Dr. Winwood comments. Wouldn't it be a good time to let mental health experts be heard, rather than a cacophony of individuals without relevant qualifications?

Let Blue Monday be a day of stigma-busting discussion; where everyone is left understanding that depression isn't a 24-hour event. A day where bosses kickstart a weekly mental health programme for staff or where families and friends vow to support each other for life. Finally, a day where the words "most depressing" are never used again.