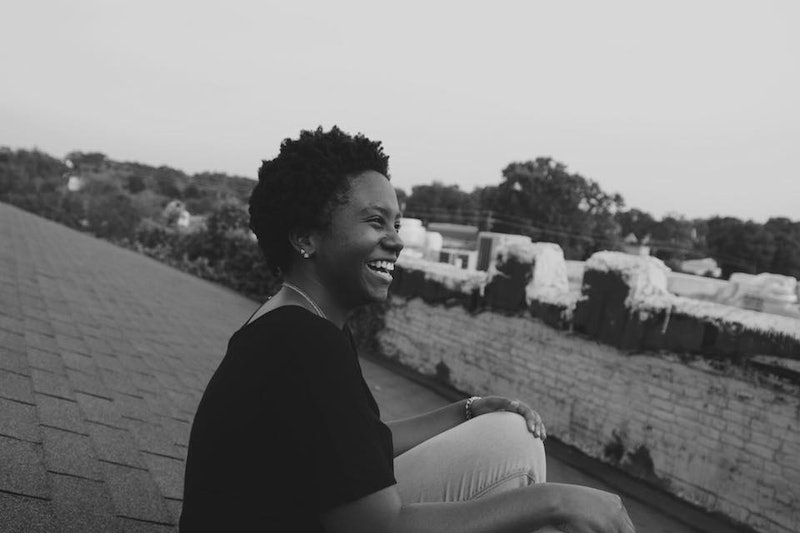 Many southerners cannot fathom leaving the south, and at face value, it's not hard to see why. Things move a little slower, the cost of living is low, and there is a sense of soul and hospitality that permeates through every facet of the lifestyle. My identity is intersectional, meaning I exist at the crux of my race, my sexuality, and my place as a woman from the south. For years, I was all of these things, all at once, in the state of Mississippi — until I realized that, really, I couldn't be.

I attended the University of Mississippi, commonly referred to as Ole Miss. The University is a predominantly white institution — 75 percent white, in fact. As a black, queer woman, I was always acutely aware of the space that I occupied in a world that was largely not queer or black at all. I also began to realize that the more things changed in the world, the more they stayed the same at home.

In June 2015, the summer before my sophomore year at Ole Miss, the Supreme Court ruled that same sex marriage would be legal nationwide. For the first time, I felt validated, like it was OK to be myself. Sadly, that feeling of hope didn't last — at least not totally. Less than a year later, the Mississippi legislature passed House Bill 1523, otherwise known as the the Religious Liberty Accommodations Act, or the Protecting Freedom of Conscience from Government Discrimination Act. The bill gave business owners throughout the state of Mississippi the right to deny service to same-sex couples and queer-identifying individuals on the basis of their “moral conscience.” To put it simply: Banks, marriage clerks, adoption agencies, and even bakeries could essentially discriminate under the protection of Mississippi law if they claimed that their choice to deny service was somehow rooted in their religious conviction.

Just like that, it felt like all potential for finding validation and acceptance of my queerness in Mississippi was gone. That feeling was compounded by another significant event, one that affected another part of my identity: the shooter in Charleston who killed nine people during a Bible study in June 2015. Suddenly, it wasn't just about queerness — it was about blackness, too.

In September 2015, black student activists organized a rally to remove the Mississippi state flag from the Ole Miss campus, joining regional campaign to take down the Confederate flag. What conspired that day was something I'd only read about in history books. It gave me chills to hear other students of color speak on their own anxieties. They spoke valiantly on their own feelings and contentions with the flag and why it needed to come down. White men carrying the Confederate flag marched in protest — at this kind of event, I'd expected to see them. Still, the tension and discomfort felt by myself and my fellow black students was palpable.

Flash forward to the following spring. In May 2016, the city of Oxford hosted the first Pride Parade in Mississippi. The day was electric. It was supposed to be a celebration of pride in our identities. However, there were rumors that there might be dissenters who didn’t agree with our cause and it was rumored that they, whomever they were, were threatening to make an appearance to thwart our efforts. I marched with apprehensive pride. The LGBTQ community in Oxford was predominantly white and I feared that if the KKK, who had made an appearance on campus only months before, decided to show up again, the black faces sprinkled among us would undoubtedly be targeted first. Thankfully, they never arrived and the parade went off without a hitch. Still, as I marched, I couldn't help but feel my blackness, overwhelmingly.

Months before, during that first rally to take down the Confederate flag, the black students on campus had little support outside of our own. I wondered if it was blackness alone that emboldened the bigoted men to show up to that, but not the Pride parade. Where were the droves of white supporters at the confederate flag rally? If more black faces had turned up at Pride, would it have gone down as peacefully? Most importantly, what did it mean that I couldn't feel secure about all aspects of my identity, regardless of the progresses being made?

Though I loved my home, I realized that it (try as it might) did not, and perhaps could not, love me back. My blackness, my gayness, and southernness were irreconcilable in a place where occupying multiple identities was complicated. One could only be acknowledged at the expense of another and that was exhausting.