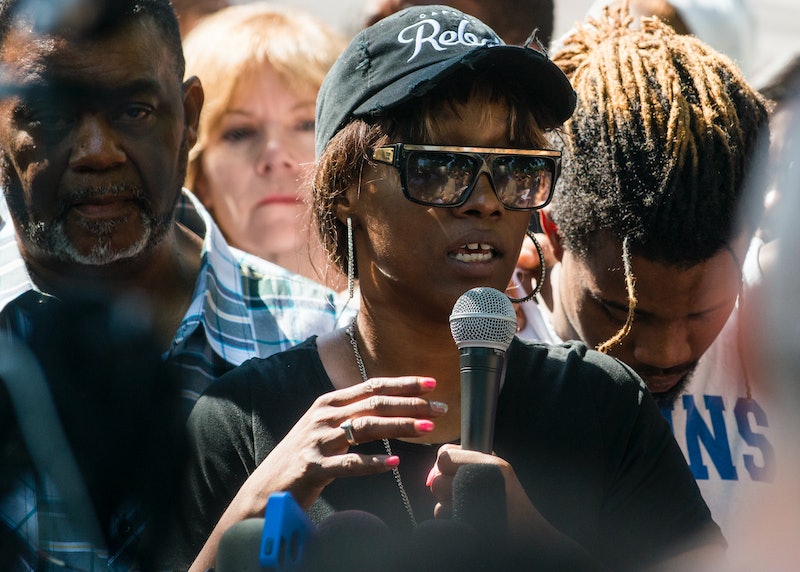 Last July, many Americans were devastated to learn of yet another fatal incident of police violence against African Americans when Philando Castile was shot and killed — and his death was streamed live on Facebook. Nearly a year later, Diamond Reynolds, Castile's girlfriend who filmed the encounter, testified that fear led her to record the situation, saying, “I wanted to make sure if I died in front of my daughter that people would know the truth.”

Castile, 32, was shot five times by police officer Jeronimo Yanez during a traffic stop in Falcon Heights, Minnesota. Castile reportedly informed Yanez that he was licensed to carry a weapon and presently had a firearm in one of his pockets. Yanez then proceeded to shoot seven times as Castile reached toward his pockets to retrieve his ID. Yanez pleaded not guilty, stating he believed Castile was a suspect in an armed robbery. The defense claims Castile had his hand on the gun, so Yanez shot in fear for his life.

Reynolds, who was sitting in the front seat, began streaming the scene to Facebook with her cell phone after Castile was shot; the result was a harrowing 10-minute video of her boyfriend's death made even more devastating by the fact that Diamond's 4-year-old daughter witnessed the incident from the backseat of the car.

"You shot four bullets into him, sir," Reynolds is heard saying in the video. "He was just getting his license and registration, sir." The following day, Reynolds claimed the police had treated her "like a criminal" and as if the tragedy was her fault.

Reynolds reportedly testified for around 20 minutes about the shooting, stating "I feared for my safety and my daughter's because a gun was pointed in the car." Officer Yanez currently faces one charge of second-degree manslaughter and two charges for dangerous discharge of a firearm.

Former President Obama spoke out following the shooting in 2016, insisting that Americans should be "deeply troubled" by the situation. “What’s clear is that these fatal shootings are not isolated incidents,” he said. “They are symptomatic of the broader challenges within our criminal justice system, the racial disparities that appear across the system year after year, and the resulting lack of trust that exists between law enforcement and too many of the communities they serve.”

Statistics have shown that racial minorities are indeed in more danger of being killed by police officers than white Americans. When asked why she streamed her boyfriend's death on the internet, Reynolds replied, "I know that the people are not protected against the police."