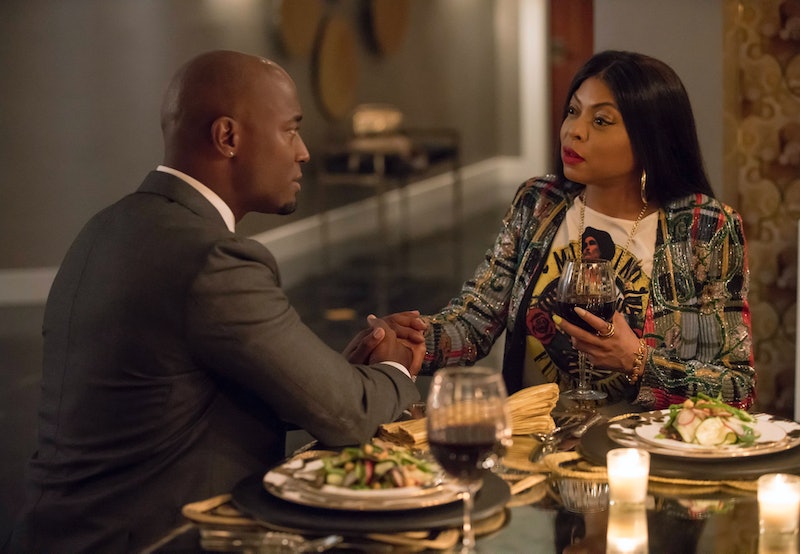 How many times do people on live television shows have to make the mistake of revealing all of their secrets when their microphones are still on before everyone gets the message? If I’m talking in person to a friend about another friend, I won’t even let old text conversations be on my screen, just in case for some reason my phone magically dials the person we’re talking about. I mean, this is technology. This isn’t hard. But for some reason, Cookie’s boyfriend didn’t realize this, because Angelo exposes his illegal activity on Empire, and it leads to a Cookie and Angelo break up. I think it’s safe to say it’s going to be really hard for him to become mayor now. He’s also going to blame Cookie for all of this for the rest of the season. That’s my guess.

To be fair, Angelo brought this upon himself. Let me backtrack: the basis of the whole Angelo plotline in the April 26 episode of Empire is that Angelo was finally going to make an honest woman (lol) of Cookie and propose to her. The boys give their blessing; Lucious is like, “Sure, go for it"; and everything seems right. But when everything seems right on Empire is just when you know that it’s about to go wrong.

Hot mic on the floor, Angelo lists all of the indiscretions he’s undergone for Cookie, from getting Freda Gatz out of prison to messing with Cookie’s parole officer. New Yorkers may be forgiving of a reasonable degree of corruption in their politicians but this is too much, and Mama Dubois runs into the room basically screaming, “Shut up, you ever-loving moron!” Everyone heard all of his confessions. And coupled with the drunk driving incident Angelo had covered up, his stock is plummeting. He's never going to be mayor of New York City now.

Of course, Angelo is mad at Cookie, and he will stay mad at Cookie, because she is the catalyst of all of this. It’s not entirely fair — I think Angelo lied to himself a lot when it came to Cookie. She’s a woman that has a relationship name with her ex-husband — "Coocious," which just reminds me of Koosh balls — and Lucious will never be out of her life. She will always, to some degree, love Lucious. But Angelo didn’t want to see that — he just wanted Cookie on his arm. The perfect mayor’s wife, this time with street cred.

In private, Angelo and Mama DuBois vow to bring down Cookie. But even though the DuBois family is rich and powerful and political, my money is on the Lyons for the win.