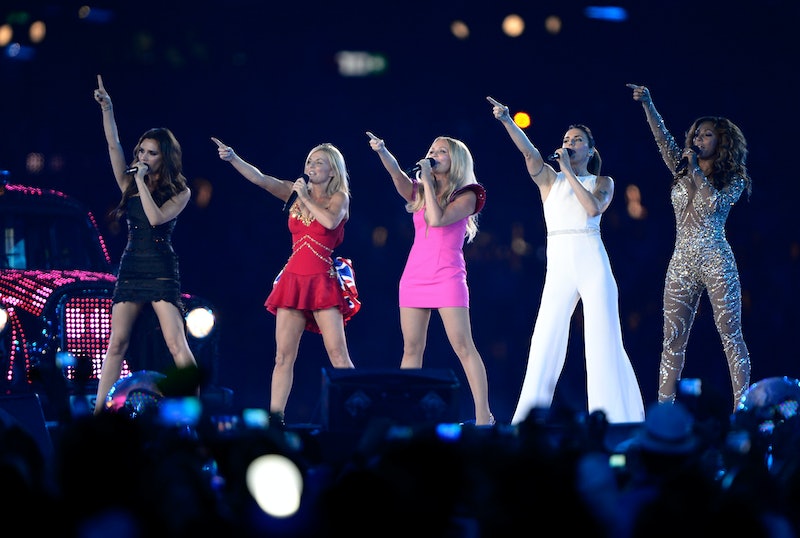 The epic reunion of the Spice Girls has delighted fans of the legendary girlband. The group recently announced their upcoming UK tour, which is scheduled to take place in 2019. However, things weren't always so smooth sailing for the pop icons — and with all the recent love and harmony, it's easy to forget that one member previously quit the band. But why did Geri leave the Spice Girls?

Surprisingly, Geri decided to quit the Spice Girls back in 1998, just two years after the band burst onto the music scene and achieved world domination. Shortly after the shock announcement, which devastated fans across the globe, Geri released a statement which clarified her reasons for leaving the girl group. She said: "This is a message to the fans. Sadly, I would like to confirm that I have left the Spice Girls. This is because of differences between us, I am sure the group will continue to be successful and I wish them all the best," and concluded "I have no immediate plans. I wish to apologise to all of the fans and to thank them and everyone who has been there," according to Heart.

However, years later the singer went into further detail about her decision to leave one of the most successful girlbands of all time.

Nine years after her departure, the 44 year-old opened up about quitting the band in the 2007 documentary, Giving You Everything. She explained "I remember knowing in my heart in the days approaching that I was going to leave, and the song Viva Forever I was standing there thinking 'Oh my god, this is the last time I'm going to perform this with them'. I'd given all I could. I felt like I didn't belong anymore. They didn't need me anymore, really, and I definitely felt very redundant," and concluded "I kind of threw in the towel and gave up."

After leaving, Geri embarked on a successful solo career in which she claimed the record for the most British solo female number ones. As reported by Heat, the "It's Raining Men" singer also sold over 15 million records, before rejoining the band in 2007 in order to take part in their first reunion tour, The Return of the Spice Girls. Recently, a second reunion tour was announced by the iconic girlband, which this time will take place in 2019.

The upcoming UK tour will go ahead without Victoria Beckham, who confirmed she would not be involved in the project. The first show kicks off at the Manchester Etihad Stadium, and concludes with a three night stint at the Wembley Stadium in London. Geri Horner (Ginger Spice), Melanie Chisholm (Sporty Spice), Emma Bunton (Baby Spice), and Melanie Brown (Scary Spice) will all take part in the reunion shows, and tickets appear to selling like hotcakes. According to the Express, Andrew Parson, the managing director at Ticketmaster, commented on the overwhelming demand for the Spice Girls in 2018. He said: "There were millions of people on our site searching for tickets, with a queue at one point of well over 700,000. Hundreds of thousands of tickets were sold to happy fans across the country within minutes. Congratulations to the girls."

This tour sounds like it's going to be incredible, and I for one am glad to see Geri right back where she belongs.