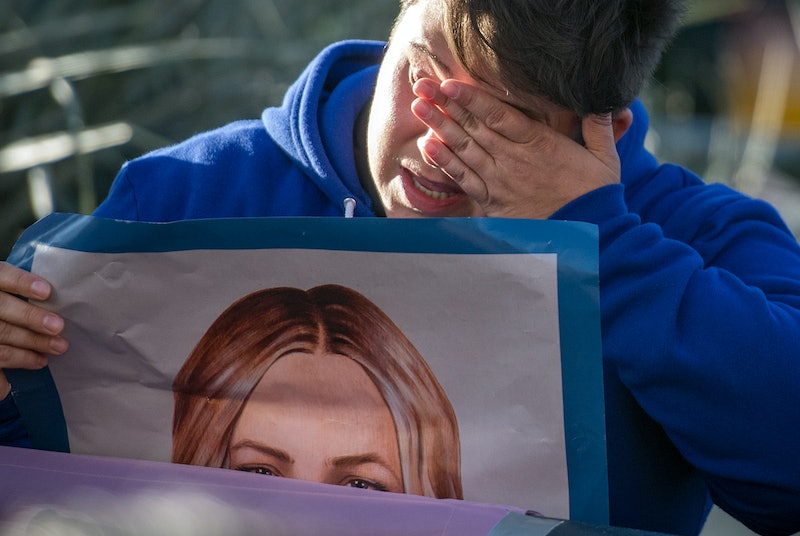 Harvard recently offered former whistleblower Chelsea Manning a fellowship — and then after an outcry from some of the CIA's former and current top officials, they rescinded that offer. But the question of why Harvard revoked Chelsea Manning's fellowship goes a bit deeper, if you ask Manning herself. She's got an idea of why they decided to take that title away from her, and in her mind it has less to do with her crime and more to do with her gender identity.

"Honored to be 1st disinvited trans woman visiting @harvard fellow. they chill marginalized voices under @cia pressure," Manning wrote in a tweet, adding a few emojis and the hashtag "WeGotThis."

The issue began on Wednesday, when Harvard invited Manning and nine other people, including former White House Press Secretary Sean Spicer and former Trump campaign manager Corey Lewandowski, to be visiting fellows and speak at the institute of politics at Harvard Kennedy School. On Thursday, however, CIA director Mike Pompeo announced that he would no longer plan to attend a speaking engagement he had at the Kennedy School, and former CIA Acting Director Michael Morell announced that he was resigning as a senior fellow at Harvard, both because of the decision to grant Chelsea Manning a fellowship.

In a letter posted on Twitter, Pompeo called Manning an "American traitor" and said that “Harvard’s actions implicitly tell its students that you too can be a fellow at Harvard and a felon under United States law. ... I believe it is shameful for Harvard to place its stamp of approval upon her treasonous actions.”

Morell joined in Pompeo's criticism, saying, “I have an obligation to my conscience — and I believe to the country — to stand up against any efforts to justify leaks of sensitive national security information.” Morell had been a Harvard fellow since 2013, and Pompeo respected Morell's decision to step away from that position. By giving Manning the fellowship and losing Morell, Pompeo wrote, Harvard had “traded a respected individual who served his country with dignity for one who served it with disgrace.”

Harvard Kennedy School Dean Douglas Elmendorf took responsibility for inviting Manning to be a fellow and called it his "mistake." He announced on Thursday that he was rescinding the invitation for her to be a fellow but that the invitation for her to come visit the school and speak still stood. Being named a fellow, the dean emphasized, only recognizes that the person has been invited to speak and is not a particular honorific, but he still understood how the invitation could be construed as an endorsement of Manning's actions. “I apologize to her and to the many concerned people from whom I have heard today for not recognizing upfront the full implications of our original invitation," Elmendorf wrote in a statement.

In 2010, Manning was convicted of violating the Espionage Act for leaking a huge amount of information about the Iraq and Afghanistan wars to Wikileaks. She was originally sentenced to 35 years in prison, but President Obama commuted her sentence at the end of his term after she had served only seven years. Both Morell and Pompeo stated emphatically that her transgender identity had nothing to do with their objection to her invitation, and that instead it had everything to do with her actions.

“Many intelligence and military officials believe those leaks put the lives of the patriotic men and women at the CIA in danger,” Pompeo wrote. “I believe it is shameful for Harvard to place its stamp of approval upon her treasonous actions.”

Manning has continued to express her disapproval of the decision on Twitter, although she has not made any statement about whether or not she will still attend and speak at the event.