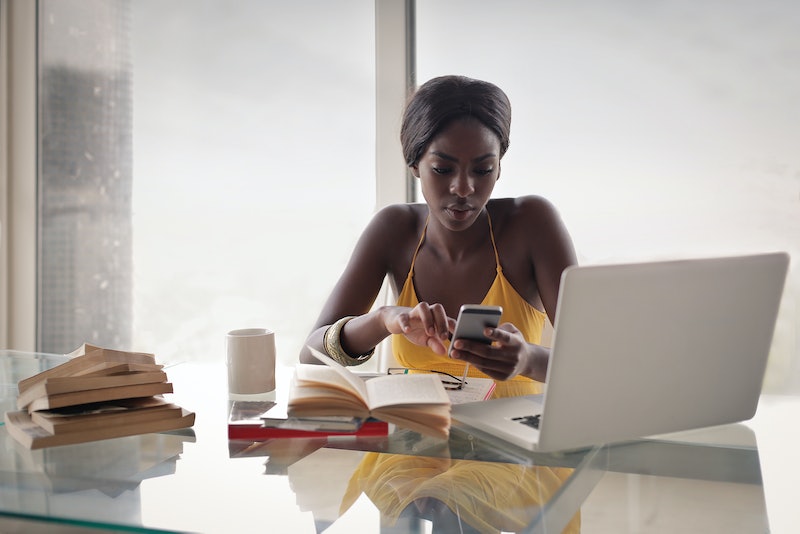 If you're always visiting the Following Activity tab to see what your Instagram friends have been liking, you might have to find another way to check up on them. On Monday, the social media platform confirmed to Buzzfeed News that it has removed the tab on some accounts and will entirely phase it out within the next week. So if you're upset that Instagram's Following Activity tab disappeared and cut your snooping capabilities in half, you might feel better knowing the reason behind the decision.

The Following Activity tab is an Instagram feature that has been around since 2011, according to BuzzFeed News. It was introduced to the app as a way of allowing users to interact more with their followers' interests and find other content aside from their regular feed. But just this August, Instagram removed the Following Activity feature on some users' accounts, The Verge reported on Monday. That same day, the company told BuzzFeed News that it's removing the feature altogether in an effort to make the app as easy-to-use as possible. "Simplicity was the driving factor," Victor Shah, Instagram's head of product, said to BuzzFeed. He explained that the tab wasn't getting much use and that lots of people didn't even know about it.

Shah explained to BuzzFeed that because not many people knew about the Following Activity tab, they were often unhappily surprised when their followers who did know about the tab would bring up their activity to them.

“People didn’t always know that their activity is surfacing,” Shah told BuzzFeed News. “So you have a case where it’s not serving the use case you built it for, but it’s also causing people to be surprised when their activity is showing up." In regard to the "use case" Shah explained that it was built for, the app's Explore Page already does a good job of helping users discover content outside of their feed.

For those whose Instagram accounts have already made the change in the past few months, you might have noticed that now, when you click on the heart icon on the bottom right of your screen, it will just show the "Activity" page where you'll be able to see who liked or commented on your pictures and who followed you. Those who still have the Following Activity tab will see it removed within the next week thanks to an Instagram update that will roll out, according to Business Insider.

The removal of the Following Activity tab is one of the app's many recent changes to improve the way users connect with people they care about, according to Instagram's online press room. Some of these other updates include the introduction of the "camera-first messaging app, 'Threads'," the addition of the "Restrict" feature to target bullying, and changes to the app's Account Disable Policy.

Whether this deletion of the Following Activity tab will affect the app much is hard to say, but one thing's for sure: your days of using the tab to snoop are over.