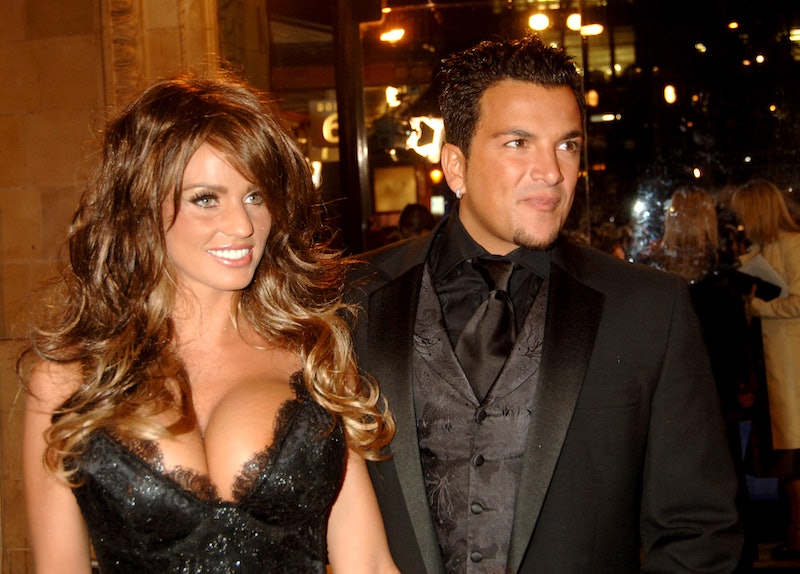 Katie Price has had several high-profile relationships over the years. However, it was her four-year marriage to Peter Andre that really tugged at the heart strings of the UK public. The former couple, who have two children together, were inseparable during their relationship and were pretty much always on the box. But where did it all go wrong? Why did Katie Price and Peter Andre split? When publicly discussing their divorce, the pair have always been somewhat ambiguous with the details, however during Price's An Audience with Katie Price 2017 tour, the former-glamour model opened up about the breakdown of the relationship.

According to Heatworld, Price described her break-up with Andre as "silly, just stupid," and revealed that she does regret never getting back together with her former husband, by proclaiming that she was "so into" the 'Mysterious Girl' singer.

Andre has also previously commented on the split during a televised interview with Piers Morgan, although he has refused to go into too much detail. As reported by the Mirror, he said: "Something big happened, which I won’t reveal as I don’t want my kids reading it. Katie knows 100 percent the reason why I left her and I am 100 percent sure that what happened definitely did happen."

The pair famously first met in 2004 on the third series of the ITV reality show I'm A Celebrity, and eventually tied the knot in September 2005 during a typically over-the-top wedding at Highclere Castle in Hampshire. Two months before they became husband and wife, Price gave birth to son Junior Savva Andreas Andre, and in 2007 welcomed daughter Princess Tiaamii Crystal Esther Andre, her second child with Andre and third overall.

During their five-year relationship, Andre and Price were one of the UK's most famous celebrity pairings and became quite the dynamic duo, scoring several ITV2 reality shows about their married life, including the likes of When Jordan Met Peter, Katie & Peter: The Next Chapter, and most Katie & Peter: Stateside, which aired in 2009.

Since announcing their separation in May 2009, both Andre and Price have gone onto remarry. Andre wed medical student Emily MacDonagh in 2015, whom he had been dating for the three years prior. And in 2010 Price married MMA fighter and former Hollyoaks actor, Alex Reid — the marriage was short lived, however, with the couple separating in 2011. Two years later the Celebrity Big Brother winner went on to marry Kieran Hayler, with whom she had two children, Jett and Bunny.

After eventually calling it quits with Hayler, Price has dated personal trainer Kris Boyson and more recently 25 year-old Alex Adderson. When commenting on the decision to end his relationship with Price, according to The Sun, Boyson said: "This wasn’t an easy decision for me to make, however Katie Price and I are no longer together. It’s just clear we both want different things. Who knows what the future will bring but I wish her all the best."

However, that appears to all be in the past now as the Pricey and Byson are now reportedly back on. A source told The Sun: "They are both smitten and he can't believe his luck. He is head over heels.".

If you can't get enough of the Pricey, you can catch up with the reality star's latest show My Crazy Life on Quest Red (Sky Channel 149).

More like this
DJ Tyler West Is Probably Safe From The “Strictly Curse”
By Maxine Harrison
Bimini, Tia Kofi & More React To Cherry Valentine’s Death
By Catharina Cheung
Kate Middleton's Kids Had A Brutal Reaction To Old Snaps Of Her & Prince William
By El Hunt
Stormzy’s “Mel Made Me Do It” Is A Tribute To Black Talent & Success
By Catharina Cheung
Get The Very Best Of Bustle/UK