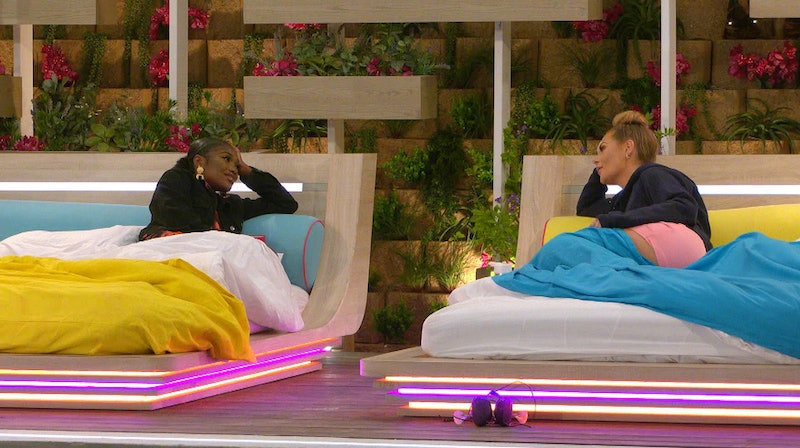 Love Island 2020 has jetted onto our screens for its first ever winter series, and a fresh batch of singletons recently moved into the new-look South African villa. During their time on the show, contestants are tasked with finding a significant other, and must face whatever challenges are thrown their way. However, although it may seem participants spend their waking hours simply topping-up their tans, there are strict rules each islander must abide by — and certain things are completely forbidden. But why did Love Island ban smoking?

As reported by the Radio Times, ITV bosses banned contestants from smoking on-screen shortly before the 2018 series got underway, and speaking at the time, an ITV spokesperson confirmed "there will be no smoking within the Love Island villa or the villa garden this year." The ban came into effect following a huge amount of viewer complaints throughout the show's 2017 season, during which islanders were shown to smoke regularly on camera. However, producers have since installed a designated smoking area within the villa complex. Speaking to the Daily Star, an ITV spokesperson also confirmed that the same smoking rules will apply during subsequent series, and only one islander is permitted to smoke at any given time — most likely to ensure that any juicy conversations don't occur off-camera.

As the Radio Times reports, the head of ITV2, Paul Mortimer, previously discussed the viewer complaints which led to the ban, and revealed that "more than 50% of complaints about the show were about people smoking." Providing details into the whereabouts of the Love Island smoking area, ITV managing director, Angela Jain, explained that a "very clear separate" space is created for smokers to visit, and although there is a camera nearby, it isn't a place for islanders "to go into a huddle and have a conversation."

So, despite being in a different location, it's safe to assume the same smoking guidelines will apply to this year's Winter Love Island contestants, and you can follow all the latest villa action every night at 9 p.m. on ITV2.

More like this
18 BTS 'Love Island' Secrets Only Real Fans Will Know About
By Bustle UK
The Love Island 2022 Reunion Drama, Explained
By Sophie McEvoy
7 Cracking Quotes From 'Love Island' 2022
By Frances Stewart
7 Of The Highest Highs (& Lowest Lows) From Love Island 2022
By Victoria Sanusi
Get The Very Best Of Bustle/UK