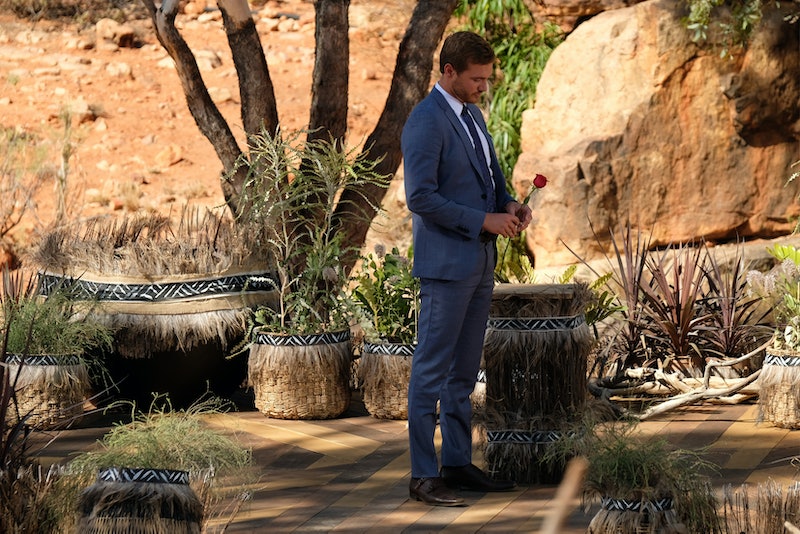 Peter and Madison's relationship started out as one of the strongest on his Bachelor season, but in the end, there was one hurdle they just couldn't get past. After weeks of fan speculation that the Auburn native would eliminate herself from the show, the March 9 finale finally revealed that yes, Madison went home. Though Peter said he was "so in love" with her and that he had "zero worries" about working things out, their conversation before meeting his parents showed they still had a lot to work through.

The couple seemed to push past it, with Madison even confessing that she loves Peter, but an incredibly uncomfortable meeting with his parents only served to highlight their differences. "I love Peter and as good as it feels when we're together, I do now see that we're different people," she admitted during their final date. "We're at a place where we've fought and ... maybe it's just time to surrender."

It seems like Peter's parents' questions about their differing lifestyles really took a toll on her, as once Madison and Peter were on their date in the outback, she decided to break up with him. "As much as we want this I don't think we can give each other what we need," she said, adding that too many aspects of their lives — their faith, their lifestyles, their views on sex — just didn't line up. "I don't want us to feel like we have to work into overtime to love each other ... We have to think about compatibility and I don't think we're the best for each other."

Peter may have been willing to fight for his relationship with Madison — he even told Chris Harrison after their breakup that when he's in love, he'll stop at nothing to make it work — but Madison saw things differently. "Sometimes I think being a great warrior and being a good fighter is knowing when to surrender," she told him, adding that while she didn't want to keep fighting, "I do think that love still conquers all because I’m willing to walk away so you can get what you came here to find."

As hard as it was for Madison to decide to walk away from Peter, the choice made sense. Even aside from the Fantasy Suites issue, Madison has made it clear that her faith is incredibly important to her, and that she wants a husband who will "lead the family" with that same faith. While Peter's family could have maybe been a little more welcoming to her, they weren't wrong in pointing out that she lives a very different lifestyle than Peter does — and neither one of them wants to change for the person they're with.

Of course, that doesn't meant that this particular love story is over for good. "Even though I want to be with him, I feel in my heart it's the right thing to do," Madison told the cameras as she drove away, before revealing that she still loves Peter. "I'll miss him every day." Since Peter admitted to Hannah Ann that he's still "torn" between her and Madison, there's a chance that Peter and Madison will reunite on the finale or After the Final Rose to give things a second try. Maybe love really does conquer all.