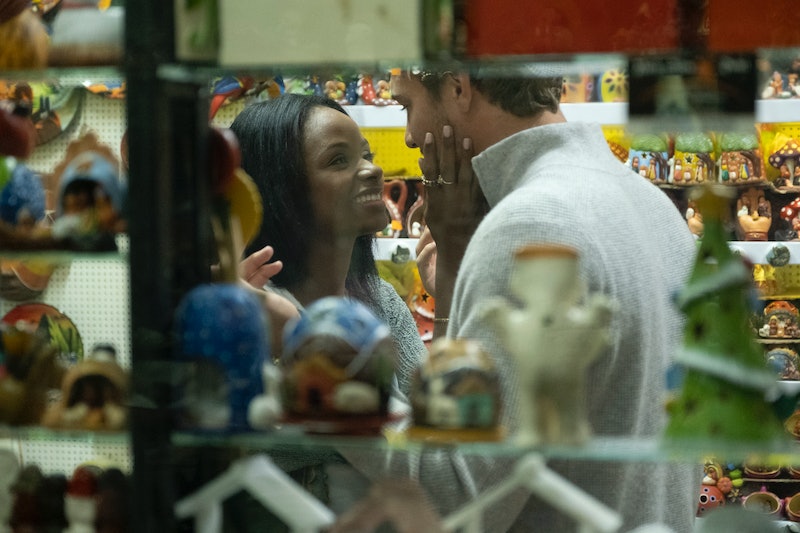 Well, folks, it finally happened: Natasha got sent home on The Bachelor in a move pretty much all of Twitter saw coming. Though their highly anticipated one-on-one date went really well, she and Peter unfortunately just didn't have much chemistry, and he said his relationships with the other women were too strong at this point for Natasha to catch up. That being said, she took it pretty well: when Peter said he couldn't give Natasha a rose, she said simply, "That's too bad."

Natasha was hopeful Peter would see their relationship through, but she knew deep down that there was a chance he wouldn't, and so did everyone watching. "You are so amazing," he told her. "I just don't know if I waited too long to truly give us that chance." Again, Natasha's response was relatively nonchalant. "Well, I hope you are following your heart and you find what you're really looking for. Because I know I will," she said.

Peter proceeded to walk her out. "I feel so bad about sending Natasha home," he told the cameras. "I can't force anything if it's not there right now. This is too far along in this journey, too serious for me to not be brutally honest." In her final camera confessional, Natasha got a little emotional, but remained mostly poised and matter-of-fact. "Yes, it was unexpected. Yes, it sucks," she said. "We're not on the same page." And that was that.

Their breakup came the day after Peter's boating one-on-one with Madison, on which he told her he was falling in love — his first confession of such feelings this season. With that relationship progressing at a much faster pace, he had to make the difficult decision to say goodbye. And with hometowns coming up next week, those choices will only get harder.