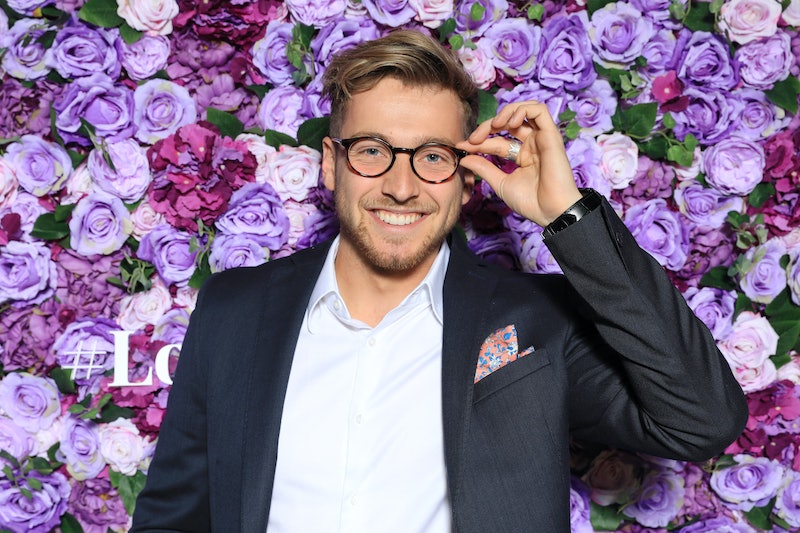 Made In Chelsea began way back in 2011. If you were an original fan, you'll remember the says of Caggie, Cheska, and Millie. And you probably were watching when Sam Thompson joined the cast in 2013, too. Brother of MIC veteran Louise Thompson, Sam quickly became known for dating a number of the show's female characters — and for saying "mate" a lot. But after six years on the show, Sam has announced he is leaving MIC, and has shared his reasons why. Curious? This is why Sam decided to leave Made In Chelsea.

It sounds as though the main reason the 26 year old is leaving the show is because of his break up with fellow cast member Sophie Habboo (known as 'Habbs'). Speaking to Lucy Horobin and Jamie Theakston on Heart radio, Thompson explained he found it pretty hard to be around her on set. When asked if his split with his ex had anything to do with him leaving, he responded:

"It definitely did for sure. At the start I think that is why I kind of left in the first place. It was just hard. You don’t wanna be around your ex — do you know what I mean? And everyone on there is kind of now more her friend and lot of my friends have sort of upped and left."

Fans of Sam needn't be too disappointed though, as it sounds like he is definitely not ruling out a return to the show, or at least some occasional appearances. "The door is not shut at all and I can imagine myself probably going back at some point," he told Theakston and Horobin.

Expanding on this, he suggested that he wanted to take a break from reality TV all together in order to try new things. "I think I’ll be back at some point, so I’m not too sad because everyone takes a break every now and then from stuff," he said on Heart. "I haven’t really had time to sort of sit down and think about it because I've just been so busy recently — you know my aim in life is to be a presenter, that’s my dream, I love it to absolute bits."

Despite his hint that he waned to take a break from reality TV, Thompson is still currently starring in Celebs Go Dating. This is the second time he has appeared on the show, having had no luck the first time round.

Sam's departure from MIC came just before it was announced that his sister Louise Thompson and her fiance Ryan Libbey are apparently leaving the show too. The Sun reported the news on March 13, but it is unclear whether it has been confirmed as of yet.

Either way, I hope they find someone to bring the drama and the "mates" in MIC season 17 now that cheeky chappy Sam has gone!