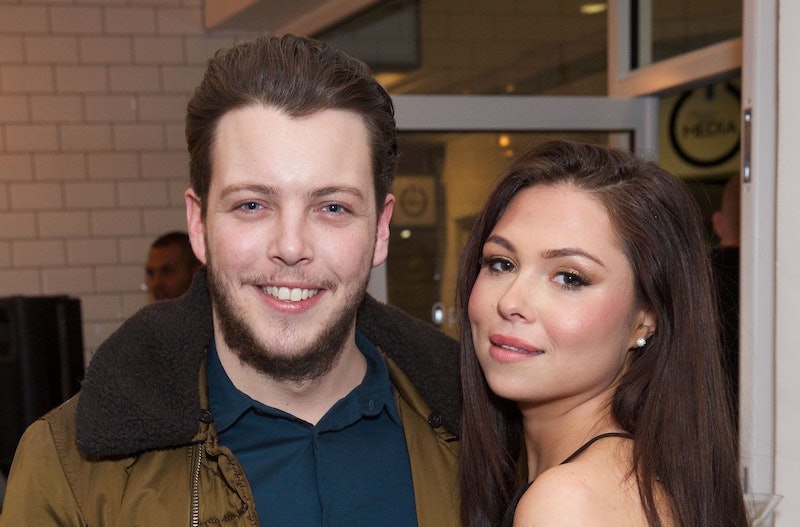 Some great romances are seared into our memory. Liz Taylor and Richard Burton. Brad Pitt and Jennifer Anniston. Diags and Fran. What? OK maybe the latter might be remembered predominately by TOWIE viewers, but their love story was pretty iconic for reality TV stans. But one question we all have is, why did Diags and Fran Parman break up? The former TOWIE love birds went from coupled up to out of love in the blink of an eye, but what was the reasoning behind their split?

The pair called quits on their three-and-a-half-year-long relationship back in 2017. At the time, Diags revealed that he was a single man on TOWIE without giving much away to viewers. However, in an interview with OK!, Parman claimed that the couple split after a disagreement about a holiday to Ibiza. According to Parman, it all kicked off after Diags decided to go on a boy's holiday to Ibiza despite telling her that the two of them shouldn't go on a trip there together in order to save money.

"Then he just come in like, 'Right, I’m going to Ibiza with the boys this weekend,'" she told OK!. Parman added, "I said, 'It's not about you going out with your mates. You don't take me out. I'm just sitting indoors all the time and it's not fair.' But he just couldn't see that."

Parman then decided to go on her own trip with her girlfriends to Marbella and, despite wanting to work on the relationship after she returned, Diags was done, she told OK!.

I reached out to representatives for both Diags and Fran to see if they have any additional comments on what happened in the lead up to their split. Diags' rep has declined to comment, and I have not yet heard back from Fran's people, but I will keep you updated if I do.

The former couple are appearing on Eating With My Ex: Celebrity Special in which they'll share a meal and answer some very awkward questions about their relationship. Sounds like some toe-curlingly brilliant entertainment and, hopefully, a chance to get a bit more clarity on exactly what happened between these two.

More like this
Joey Essex Is Rumoured To Be Dating A 'Love Island' Favourite
By Sam Ramsden
Barney Walsh Has Been Linked With This Famous Miss World Winner
By Sophie McEvoy
Molly-Mae & Tommy Fury Revealed Their Baby Girl's "Really Unusual" Name
By Sophie McEvoy and Sam Ramsden
'Love Island' Has Added Yet Another Bombshell To The Villa
By Bustle UK
Get The Very Best Of Bustle/UK
Sign up for Bustle UK's twice-weekly newsletter, featuring the latest must-watch TV, moving personal stories, and expert advice on the hottest viral buys.