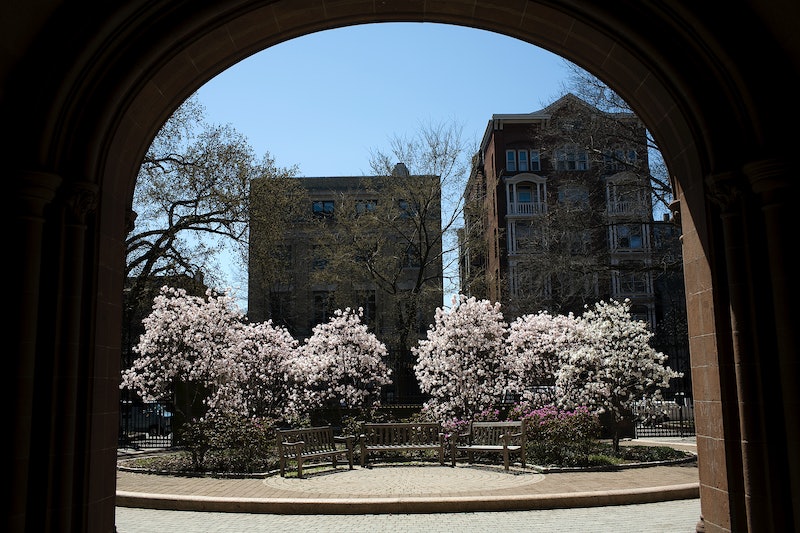 After years of controversy, Yale University will rename Calhoun College, an undergraduate residence named for Yale alumnus and former U.S. Vice President John C. Calhoun. Pressure to remove Calhoun's name from the campus had been building for years because of Calhoun's pro-slavery views. Announced Saturday, Yale's decision to rename the residential college is part of an important trend that goes far beyond the historic campus in New Haven, Connecticut.

Calhoun College was established by the university in 1933, according to its website. The college houses more than 400 undergraduate students — who endearingly call themselves "Hounies" — and offers students a wide array of facilities, including a dance studio, a pottery studio, and a recording studio. Needless to say, it's a hub of campus activity that's both historic and lively.

Amidst the activity, though, the legacy of Calhoun's namesake became increasingly difficult for students to ignore. According to the Associated Press, on-campus protests over the Calhoun name began in 2015 and continued in some form through Friday. Yale University President Peter Salovey, reportedly wanting to maintain the university's history, had previously committed to keeping the name. However, after tasking an advisory council with considering a name change in August, Salovey announced on Saturday that the building would indeed be renamed to honor another important Yale alum.

The building's new name will honor Grace Murray Hopper, who earned both a master's degree in mathematics and a Ph.D. in mathematics and mathematical physics from Yale. Hopper was on campus when the residential college that will soon bear her name was founded, as she finished her Ph.D. in 1934. After leaving Yale, Hopper went on to teach at Vassar College, work on some of the earliest computers, and rise to rank of rear admiral in the U.S. Navy. When she finally retired from the navy at the age of 79, she was the oldest serving officer in the U.S. armed forces at the time, according to the university's statement. Hopper also received the nation's highest civilian honor, the Presidential Medal of Freedom.

"In making this change, we must be vigilant not to erase the past," Salovey said in the university's statement.

To that end, we will not remove symbols of Calhoun from elsewhere on our campus, and we will develop a plan to memorialize the fact that Calhoun was a residential college name for 86 years. Furthermore, alumni of the college may continue to associate themselves with the name Calhoun College or they may choose to claim Grace Hopper College as their own.

Salovey is not the only university president to face the pressures of renaming a building in recent years. In fact, he's far from it. Last year, the University of Oregon and Vanderbilt University both chose to rename on-campus buildings with controversial names. The University of Oregon's Dunn Hall, named for KKK leader Frederic Dunn, became Cedar Hall, while Vanderbilt agreed to pay $1.2 million to rename its Confederate Memorial Hall. In 2015, the University of North Carolina at Chapel Hill renamed Saunders Hall, honoring KKK leader William Saunders, to Carolina Hall, and Georgetown University renamed two buildings on its Washington, D.C. campus.

The trend that these universities — and the students who have protested — have created is an important one. It shows that history can evolve as our values do. There's perhaps no place more important for that lesson to be learned and taught than at the institutions that are educating future generations.