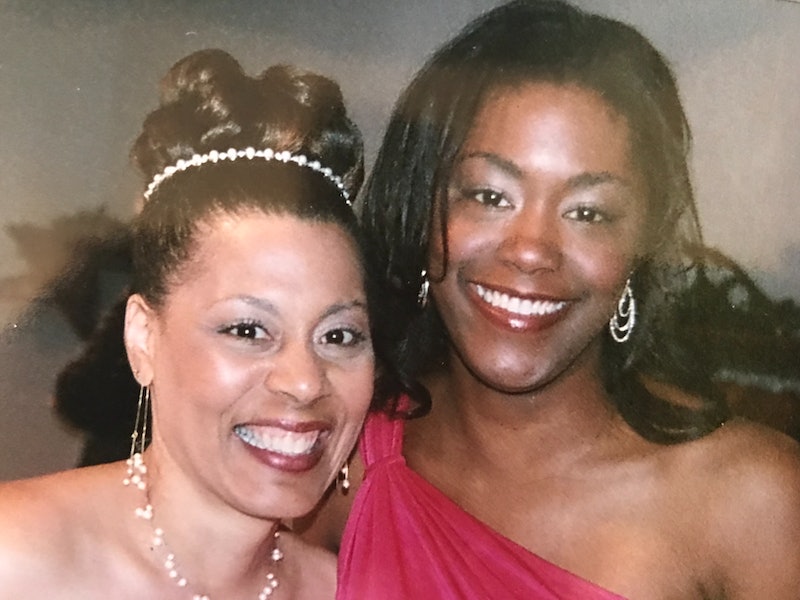 In this personal essay, Marisa Renee Lee, co-founder of Supportal and The Pink Agenda, shares some of the lessons she's learned since losing her mother eleven years ago.

On February 28, 2008, when I was barely 25 years old, I lost my mom to breast cancer. She had been sick for more than 10 years by then, battling both cancer and multiple sclerosis, and she was tough, but not tough enough to beat death, so we both knew this day was coming.

Consistent with how I approached most things in life, I’d made every attempt to prepare for her passing: a spreadsheet that included songs for the funeral, details around the birthday party my mom planned to host and other things she had hoped to do before she died, names of people she wanted certain pieces of jewelry to go to — and that was just for starters. I’d read Elizabeth Kubler Ross’ seminal work on death and dying, I had a therapist lined up, and I even had a friend buy me some waterproof makeup for the funeral so if I cried, I wouldn’t look like shit.

I had fully applied my Harvard education and Type-A personality in preparing for my mother’s death, which, looking back, was completely ridiculous. I had no idea that my preparations were mostly in vain because nothing can prepare you for the part that’s really hard: everything that comes next.

People expected me to be a mess at the funeral; they didn’t expect me to hyperventilate every morning in the basement of the investment bank where I worked for months afterward.

It turns out that funeral planning is much easier than grieving. People expected me to be a mess at the funeral; they didn’t expect me to hyperventilate every morning in the basement of the investment bank where I worked for months afterward. Grappling with the reality that life must go on even though a part of me was buried in a cemetery in upstate New York — that I couldn’t prepare for.

I felt like I had lost a limb, and 11 years out, I can confirm that the longing and the yearning never cease, but they do dull over time. By the beginning of year two, I was no longer reaching for the phone to call my mom when I arrived safely in a new city, but I was still a complete and total mess, uncertain of what my life should look like or who I even was without her. At the same time, I was far enough removed from her funeral that I’m sure lots of folks thought I was just losing it. Even people who really loved me were worn out by my grief once year two rolled around. They expected me to “be back to normal” while I was still reeling from the loss and just beginning to do the work required to piece my life back together.

I often wrote letters to my mom before she died, and in the last one, I told her I knew there would be sad days ahead, but I was confident that somehow only good things would come from her passing. What I didn’t realize at the time was that those good things, and good times, would also be some of the hardest moments. The new house, the big job, the engagement, and the wedding. These are some of the times I’ve missed her most, and it’s both obvious and unexpected. I have had to learn to hold joy and sorrow simultaneously. I lost someone I loved and someone who loved me dearly, and through it all, I have done my best to remember that my mom would really just want me to find a way to be happy.

And I have. I am happy. And I am loved. It didn’t necessarily feel that way immediately after losing the person who loved me most in the world, but so many people I didn’t even know when she died have helped me pick up the pieces of my life and put it all back together.

Even so, my life is not the same as it was. By far, the most important thing I’ve learned is that the concept of, “getting over it,” is just wrong. Someone who was essential to my being on this planet no longer exists. And you don’t move past that; you thoughtfully integrate it. My mom is still my mom. She’s the only one I will ever have, and even though she’s dead, she is very much a part of my life today.

Eleven years on, I’m still learning lessons from her death while continuing to celebrate her life and finding a way to get on with my own.