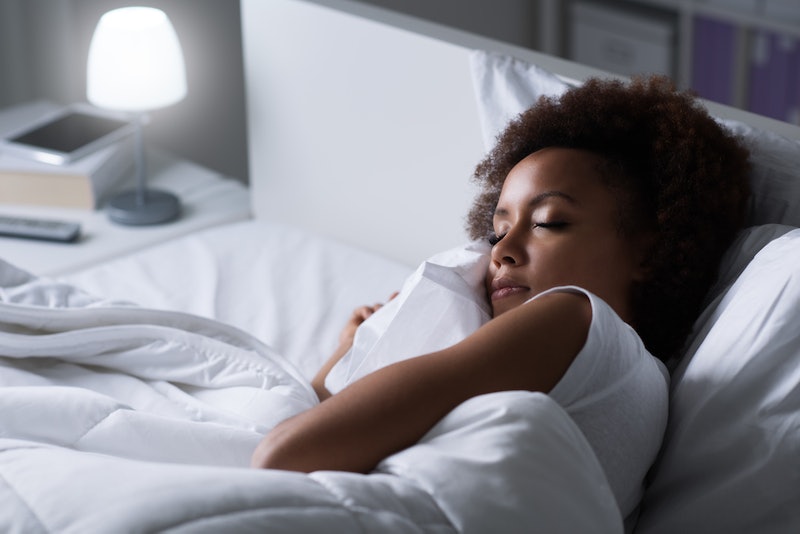 If you're lucky, you spend at least seven hours a day asleep, which makes approximately a third of your life snooze time. That's an awful lot of time for something people don't really know much about. You are basically unconscious for it, after all, but it's sort of as though there's a second life to be found in dreams. But what about the stuff right before? Do you ever get that falling feeling right before you sleep? Or just really loopy thoughts? Sometimes things get stranger though, and I ask myself, why do I see things before I fall asleep?

Well, there's a pretty good Youtube video which helps answer. Titled Why We Hallucinate While Falling Asleep, the clip, which is just over five minutes long, details why some sleepers start to see strange things straight before they get some shut eye. As the video teaches, there's actually a name for this weird state, and it's called "hypnagogia".

The time when you're more prone to see things in your sleepy slumber is what's known as the "hypnagogia state," and this lasts on average for around 10 minutes. In that window of time, you're basically experiencing the transition from wakefulness to sleep. As the video says, this is what some people call the first stage of sleep.

And if you do really see things before you sleep, often and vividly, you may have a sleep disorder. This condition is called "Hypnagogic hallucinations" and it is more common than you may realise, according to sleep advice site, No Sleep Nights. If you've "ever switched off the bedside light, only to suddenly see strange shapes, animals or figures in the darkness," or "heard voices or sounds which can’t possibly be real," then it's likely that you've had a hypnagogic hallucination.

Despite the first instance of the sleep disorder being found sometime in the 1660s by a Dutch physician, No Sleepless Nights writes that there still hasn't been much research into hypnoagogic hallucinations. So, there's not really an accurate estimate as to how many people actually experience these things. It's been more of a topic of conversation between friends rather than scientific studies, as it seems like quite a lot of people do experience them, even though there isn't yet the scientific evidence to back that up.

The main difference between one of these hallucinations and a dream, Medical News Today says, "is that the hallucination will feel very real. A person may feel sure that they have seen or felt something, and this can be frightening or confusing." So you can't extend the saying "pinch me, I'm dreaming" to hypnagogic hallucinations. You'll feel the pinch.

Apparently though, you'll be less likely to experience them the older you get, the website also states. Drinking alcohol is also more likely to increase the chances of a pre-sleep hallucination, and the sleep disorder has also been linked to anxiety and insomnia.

If you've ever hallucinated just before falling asleep, there's no need to panic. It's a recognised sleep disorder and you're not alone. In fact, it is surprisingly common.