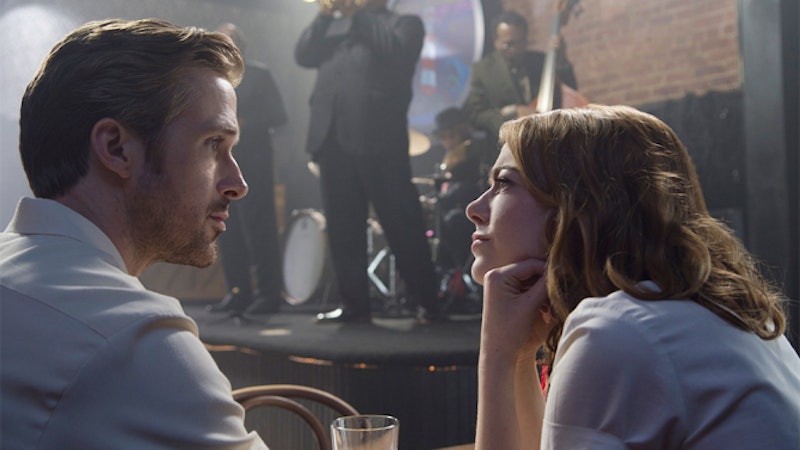 Well, for some people, a lot. And I think the main reason why is that the love the film is getting seems disproportional to how good it actually is. Again, for some people.

To be clear, I am one of those people. My personal opinion is that La La Land was fine. It was enjoyable enough to watch, Stone was impressive, and the songs were really catchy and fun. ("Another Day of Sun" was stuck in my head for like two weeks and I was totally fine with it.) That said, not a whole lot happened in the plot and some parts seemed really out of place (why is Ryan Gosling playing real '80s hits on a keytar now?).

I get it. There aren't a lot of more traditional musicals made these days, but should something be given credit just for being different? Sure, but only to an extent. It's cool to see movies that aren't the same as all the rest being made because it might encourage more creativity when it comes to movies that get produced in the future. But that's about where it ends. Different doesn't automatically equal good.

Have you ever gone to a movie after your friends hyped it up for you for weeks and then, once in the theater, realized you were sitting there trying to convince yourself it was actually as amazing as they said? La La Land has this type of pressure times a million. It was touted as the best movie of the year all over the place well before award season even began. Then, at the Golden Globes, it won all seven awards that it was nominated for. Now, it is nominated for 14 Oscars, which ties it with All About Eve and Titanic for the most Oscar noms. That is A LOT of recognition, so it's likely that people who go see La La Land now, and don't fall as in love with it as many fans already have, will dislike it even more than the haters who have seen it so far because that hype (Titanic level hype!!!) is nearly impossible to live up to.

And aside from the hype, there are other, more specific issues that some people had with the film. Some saw a flaw in the fact that Gosling, a white man, plays a character who makes it his mission to save jazz. Some people weren't fans of Stone and Gosling's singing and dancing. Some took issue with the Priuses, apparently. In fact, Saturday Night Live made fun of some of these issues in a recent sketch with Aziz Ansari, as well as the fact that some people are very passionate about it while some people are just like "eh."

With it's 14 nominations, La La Land could make history at this year's ceremony. If it wins more than 11 awards, it will surpass Ben-Hur, Titanic, and The Lord of the Rings: The Return of the King for most Oscars won by a single film. All the more reason to get your opinions ready for when your friends start interrogating you on your thoughts.