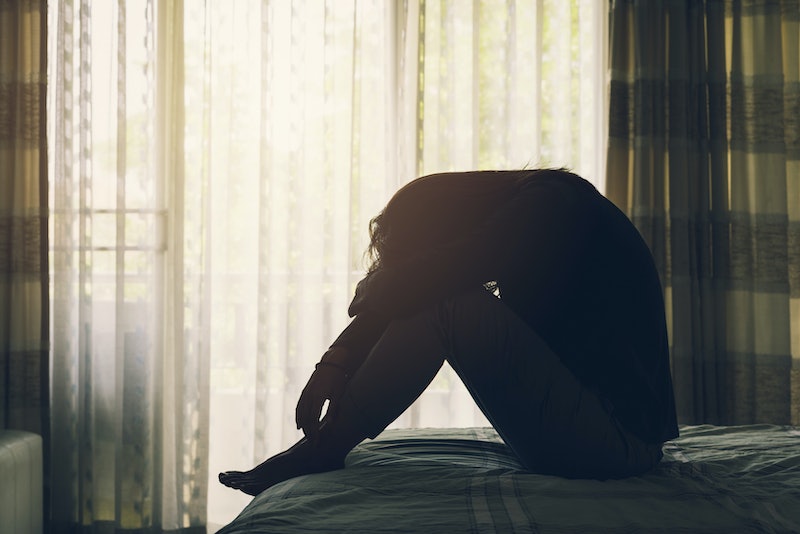 When you think of sleepwalking you might imagine a person with eyelids half open stumbling around like an extra from The Walking Dead, and you're not completely wrong. But the reasons why people sleepwalk have nothing to do with the undead. Known medically as somnambulism, doctors are still exploring the causes behind this phenomenon, but the National Sleep Foundation noted that most sleepwalkers are likely sleep deprived.

"Sleepwalking usually involves more than just walking during sleep; it is a series of complex behaviors that are carried out while sleeping, the most obvious of which is walking," the National Sleep Foundation explained. "Symptoms of sleepwalking disorder range from simply sitting up in bed and looking around, to walking around the room or house, to leaving the house and even driving long distances."

Sleepwalking is also more common in children. When I was little, if I fell asleep during a movie, my mom would tell me later how I suddenly got up and began performing strange activities like folding blankets or rearranging things in the living room. A few times I got up in the middle of the night and got ready for school before realizing it was only 2 a.m. Oops.

One of the best television sleepwalking scenes is on the season 4 finale of Gilmore Girls, when Luke and Lorelai's first kiss is interrupted by a sleepwalking Kirk. The website Sleep Education noted that individuals who are sleepwalking "may bolt from the bed and walk or run away. They may be frantic to escape from a threat that they dreamed or imagined." This is Kirk all day.

Sleep education explained that sleepwalking most often occurs in the first third of a night’s sleep, or during other long sleep periods while you are in the slow-wave cycle of sleep. It can occur during daytime naps. Some of the symptoms of sleepwalking, according to the National Sleep Foundation include sleep talking, not remembering what you did while sleepwalking, being difficult to wake up, inappropriate behavior such as urinating in closets, screaming, or attacking the person trying to rouse you.

Sleep talking, known as somniloquy, is talking during your sleep without being aware of it. Sleep talking can involve complicated dialogues or monologues, complete gibberish or mumbling, the National Sleep Foundation noted. Some people sleepwalk while under the influence of alcohol or drugs. Additionally, sleep medications, when taken incorrectly, have been reported to facilitate disturbing behaviors in people, including sleep driving, sleep eating and cooking, and even committing crimes while asleep, according to the Huffington Post.

If you or someone you love is a sleepwalker, experts say that while there is no cure, practicing good sleep hygiene can help eliminate the problem. Sleep hygiene is basically setting yourself up for a successful night of sleep by avoiding stimulants close to bedtime, adoption a regular fitness routine, making sure you get a lot of natural light during the day, and not falling prey to excessive naps. You also want to make sure you're getting enough sleep, between seven to nine hours is best, according to the National Sleep Foundation.

Hypnosis is also known to be an effective treatment. "Treatment for sleepwalking in adults may include hypnosis. In fact, there are many cases in which sleepwalking patients have successfully treated their symptoms with hypnosis alone," the National Sleep Foundation noted.

Sleep Education said genetics may play a role in whether or not a person becomes a sleepwalker. "Your chance of having it can double or almost triple if one of both parents had sleepwalking episodes as a child or adult."

While it can be scary for both the sleepwalker and their loved ones, WebMD noted that it's usually not a serious disorder, and can usually be treated with lifestyle changes — like actually sleeping more. So if you're guilty of sleep deprivation, make a commitment to yourself to get some more sleep, for real.

More like this
6 Abortion Advocates To Follow On TikTok
By Sara Youngblood Gregory
The UK Abortion Laws In 2022, Explained
By Sophie McEvoy
The Best Summer Workout Gear Of 2022
By Carolyn Steber
Plan C Vs. Plan B: What's The Difference?
By Lexi Inks
Get Even More From Bustle — Sign Up For The Newsletter