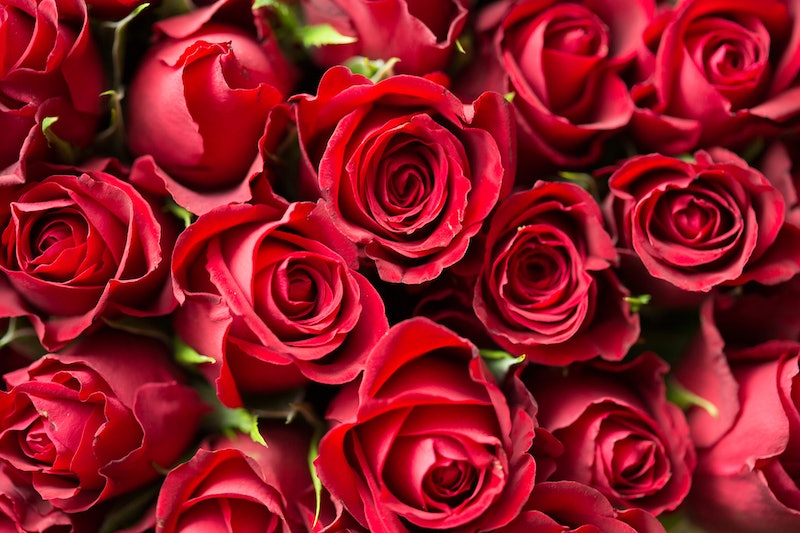 Thinking of purchasing a bouquet of flowers for your sweetheart this Feb. 14? By now you've probably noticed a strong link between Cupid and red roses, making this classic bloom the obvious choice — but have you ever wondered why we give roses on Valentine's Day in the first place? While the flower itself has a long and storied history dating back to the very first rose bush planted in 2,000 B.C., the association between red roses and romance is surprisingly recent.

While flowers have had symbolic meanings across cultures for thousands of years, the expressing of sentiments such as love and passion through different varieties of flora was perfected during the Victorian era. This symbolic tradition is called floriography or the "language of flowers" — a not-so-secret code where each type of flower communicated a unique message to the receiver. Even the color and arrangement of the blooms held significance. The interest in floriography was born from strict Victorian etiquette which dictated that flirtations and the open expressing of feelings, such as love, grief, or jealousy, was not proper in polite circles of society. Extensive flower poetry and a number of flower dictionaries were published over the 19th C=century, detailing each flower's meaning, and how to present, receive, and combine flowers to communicate an intended message.

While we no longer have to rely on pointing our tussie-mussies, also known as "talking bouquets," in different directions to express interest (we've got text messages for that!), some Victorian flower etiquette has carried over into the modern age. According to floriography, the red rose is said to be an expression of passionate or true love, hence its association with Valentine's Day. A pink rose signifies warm affection, while yellow roses are associated with joy, friendship, new beginnings, and, of course, Texas.

Valentine's Day is historically supposed to coincide with the beginning of spring and birds' mating season, a time when garden roses would start to bloom. However, come mid-February, we are usually still knee-deep in snow, and the majority (about two thirds) of those long-stemmed beauties we find in flower shops and grocery stores are imported from the Columbia and Ecuador.

Along with the tradition of giving flowers, we can also thank the Victorians for Valentine's Day's commercial success. The Victorians were the first to mass produce elaborate valentines and make the giving of cards common practice. "Papers made especially for Valentine greetings began to be marketed in the 1820s, and their use became fashionable in both Britain and the United States," explains About Education. "In the 1840s, when postal rates in Britain became standardized, commercially produced Valentine cards began to grow in popularity." The practice of giving Valentines and small gifts surged in the 1860s, and was even criticized by the The New York Times — so it seems the holiday always has had its detractors.

To this day roses remain one of the major symbols of the love holiday. So whether you love or despise roses, just remember to take the thorns off.