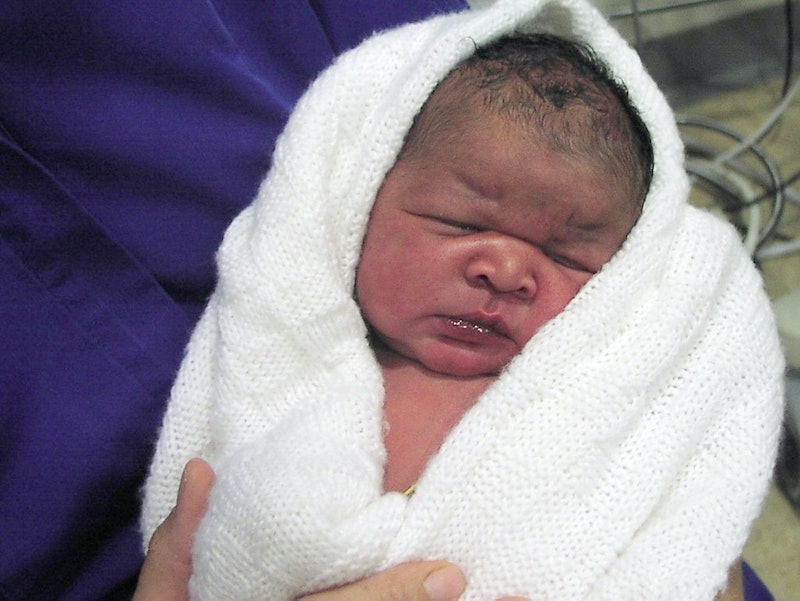 A 24-year-old woman in China was recently arrested after attempting to mail her baby to an orphanage. It's an unbelievably sad, but awfully familiar story that pops up on newsfeeds every so often, leaving many people to wonder: Why do women abandon their babies, and what can be done about it? Infant abandonment, in which women across the world give up their children (sometimes only just born), either to institutions and hospitals or in public places, deserves more attention than just a blip on your radar. It goes deep, and encompasses everything from reproductive rights to childcare to women's economic empowerment.

Defining abandonment legally is tricky. For most countries, however, it encompasses babies left deliberately in public or private spaces in a permanent way, and babies left anonymously in specially created places for the purpose. Babies given up for formal adoption at birth, particularly when the parent's identity is known, aren't held within the same category as abandonment, because anonymity is seen to be necessary for a child to be "abandoned." The entire idea seems shocking, but it's an issue worldwide. So what's actually behind these tragic stories — and what can be done to help the mothers who make this heart-wrenching decision?

More like this
5 Ways To Stand In Solidarity With Women In America From The UK
By Sophie McEvoy
How To Fight For Reproductive Rights, Based On How Much Time You Have
By Courtney Young
For These Abortion Clinic Volunteers, Going TikTok Viral Is A Risk Worth Taking
By Audra Heinrichs
Every Single Big & Small Way You Can Fight For Abortion Rights
By Tess Garcia
Get Even More From Bustle — Sign Up For The Newsletter