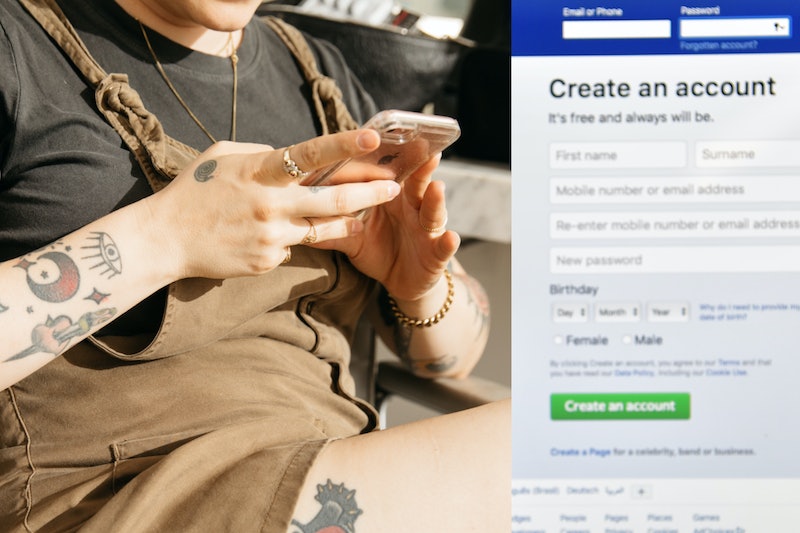 You probably already knew that the apps you download and websites you visit have the ability to collect your data. What data these companies are collecting — and why it matters that they have it — is sometimes a bit of a mystery. By now, you've likely read about Cambridge Analytica, the firm that is accused of illegally mining data from millions of Facebook profiles and allegedly using it to influence the 2016 presidential election in Donald Trump's favor. On top of that, last week, Ars Technica reported that Facebook may be collecting metadata from Android users that includes information about calls and text messages. (Facebook clarified the claims in a blog post, saying the company "does not collect the content of your text messages or calls" and that users opt in to call and text history logging.) But why should you care about any of this? In a world that's filled with breaking news daily, it can be hard to actually feel anything but fatigue when keeping up with current events — and why it actually kinda matters.

I'll admit that I'm guilty of this. While I've followed the Cambridge Analytica scandal and subsequent accusations of data mining, I haven't done anything in response. Even though #DeleteFB has gained traction on Twitter and Congress is asking Facebook CEO Mark Zuckerberg to testify about data privacy, most of my friends have remained silent on the issue, and I'm not in a rush to delete my account, either. A team of reporters at Quartz put it succinctly: "It’s hard to leave Facebook. It’s become such an entrenched part of people’s lives — a trove of a decade’s worth of memories, a place to find everyone you’d ever met, a digital passport of sorts, and a way to connect with your community." But even if you aren't too worried about these data breaches, there are reasons you should at least pay attention.

The revelations about Cambridge Analytica are a reminder of how hard it is to remain private in 2018. We joke about FBI agents monitoring us through our webcams, but it feels less funny once you realize how easy it is for outside players to gain access to your information. And even if you don't have Facebook or any other social media site, you should still care about these data leaks and what they mean for everyone in the digital age.

John Wu, the founder and CEO of Gryphon Online Safety, a company that offers a Smart Wi-Fi router that helps protect your privacy online, tells Bustle that metadata — information like IP addresses, the date and time a call or SMS was sent, or the phone number on the other end of a call or text — isn't always sensitive on its own, but it can become so. "Some social network provider can put that together with other data they have from their other services," he says. Rebecca Ricks, Mozilla's Open Web fellow, tells Bustle that metadata collection becomes meaningful once companies collect enough to make inferences. "Even without seeing the content of the text, you can actually infer a lot about someone just based on the metadata," she explains. "You can guess at how close two people are based on how often they talk. You can tell when those people first met. If someone makes most of their calls from 9 to 5, you might assume that this person uses their phone to make work calls. In many cases, you can tell where someone was located based on their IP address."

Ricks continues, "As data points without context, that information might seem meaningless. But when you have access to just a few pieces of data, you can actually construct a compelling, cohesive story about someone."

In other words, if advertisers gain access to your data, they can learn a huge amount of information about you. "With the help of AI, they can know more about your preference and your thoughts than even your closest loved one. That can be used for marketing but as we’ve seen, it can also be used to sow discord," Wu says. One timely example of discord is Cambridge Analytica's alleged possible interference in the 2016 U.S. presidential election.

Even after reading this, you still might not care about metadata being collected about you. But surreptitious data collection also affects the people around you. As Ars Technica reports, websites could potentially gain information about the people you talk to through data collection. And an op-ed in the Los Angeles Times points out that privileged people may have less to lose if data is leaked, but informed consent — the belief that users deserve to be explicitly and clearly told what data will be collected — is something we should demand from tech companies as consumers.

When you have access to just a few pieces of data, you can actually construct a compelling, cohesive story about someone.

Wu also has tips for people who are worried about their digital security. "Use and understand the privacy settings provided by the social networks. For example, you can opt out of allowing FB messenger to use your contacts on your phone," he tells Bustle. "You can also consider using different services for social and messages. Some people want to stop using the service, but they fear losing pictures of their kids that they posted years ago. There is actually an option for people to download all their data on some of the social networks so you don’t lose those precious moments."

And Ricks says browser extensions like Terms of Service; Didn’t Read can help users understand what websites are asking in terms of service agreements. "I’d also recommend visiting the ad preferences page for platforms like Facebook and Google and customizing or removing the information to which advertisers have access. As a general rule, I try to never use my Facebook account to log into other websites or apps because I want to minimize the amount of data one company collects about me," she says.

For a lot of us, deleting Facebook isn't realistic. But it's important to take all of these reports seriously, and to listen to cybersecurity experts. You may feel like you have nothing to hide, but data breaches like the ones alleged make all of us vulnerable — even people who don't care.