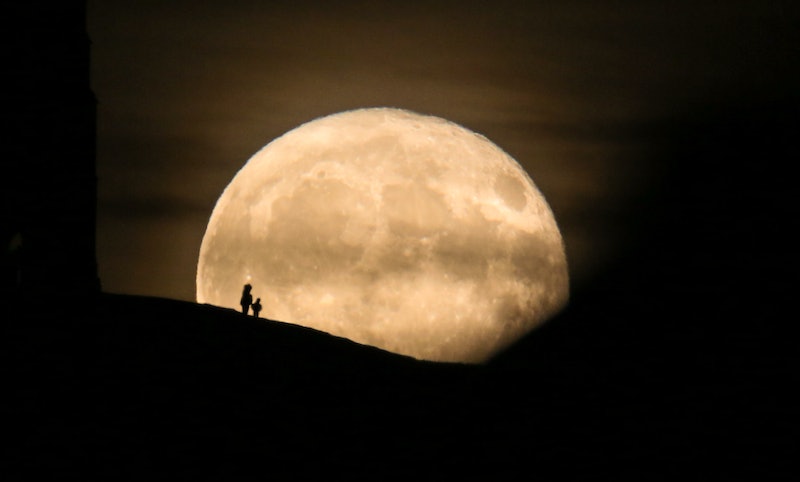 I'mma let you finish, but... the Harvest Moon is the greatest full moon of all time. Neil Young dedicated an entire album to it, dozens of poets have dedicated poems to it, it's been the subject of countless paintings — this all has to count for something! This early fall moon is extra special because it's tied to the autumn equinox. Each year, around the time that the seasons officially switch from summer to fall, a full moon rises with an orange glow that appears bigger and brighter than any other full moon of the year. If you're wondering why the harvest moon date changes every year, that's because the date of the full moon changes every year. Part of the Harvest Moon's charm is that it's somewhat illusive and mysterious.

Most years, the Harvest Moon falls in the month of September, but every three years or so, the Harvest Moon falls in October. Essentially whichever month's full moon falls closets to the autumn equinox is dubbed the "Harvest Moon." The Harvest Moon can occur up to two weeks before or two weeks after the equinox. This year's falls on September 24, 2018: At 10:52 p.m. ET, the full moon will hit its peak in the sky, though if you watch the sun set earlier on in the evening, you might be able to catch a glimpse of the full moon rising past the horizon. If you get a chance to see the moon rise as the sun sets, you'll notice it appears big and bold and orange. This optical illusion is made possible thanks to the thick lens of the atmosphere which scatters blue lights and lets warmer lights more easily visible. As the moon rises higher in the sky and the atmospheric lens in which we view it is thinner, the blue lights won't be blocked and the moon will look cool-toned as usual.

While one could easily make a case for all full moons being important and special, the reason why the Harvest Moon is so special is mostly due to its cultural significance. Back in the times of the Algonquin tribes, the full moon closest to the autumn equinox acted as an alarm clock and flash light, letting the people know that it was time to harvest their goods before the winter. The early tribes could use the extra light of the warm-toned moon to go out and collect their fruits and vegetables before the animals got to them or before they become over-ripe. This full moon was one of the last full moons in which they would be collecting from their crops, so the Harvest Moon represented a bountiful and special time. After the harvest moon there would be lots to eat and winter ahead, so this particular moon also stood as a marker of change.

While we no longer rely on the harvest moon to collect our crops or prepare for the winter, we can still appreciate its special appearance and timely significance. If the warm weather has been making you feel as though fall is still far off, the harvest moon will pull an autumnal curtain over your view and really bring the fall vibe into focus.