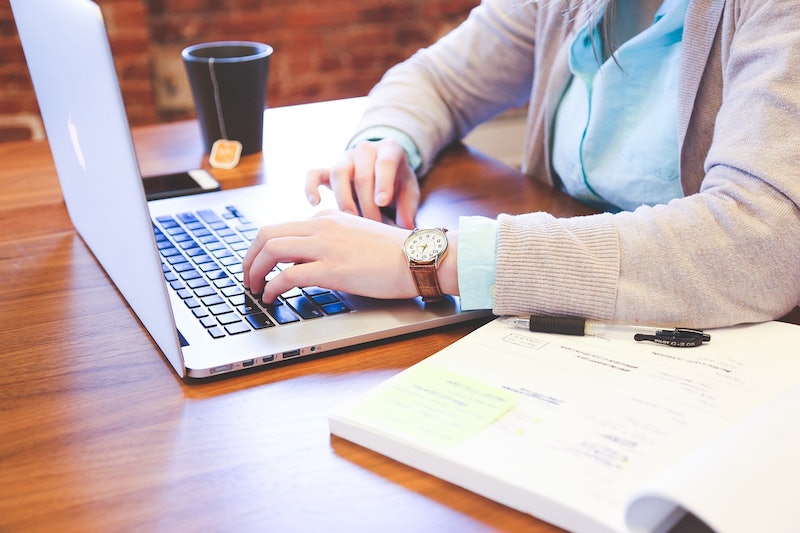 Everyone is excited for the long overdue Google Calendar update that's brings this digital planner from the dark ages of the early 2000s into 2017. However, you might not be able to see the update yet. If you're wondering why your Google Calendar hasn't updated, it's likely because not everyone is getting the update at the same time. Software and apps generally get released on a rolling basis, and AMHS Technology posted on Twitter that the new Google Calendar is rolling out over the next 24 hours. While you might be having major FOMO because you can't see the new Google Calendar, being on the later side of the update might have its advantages.

The website Tech Target reported that rolling updates are often used to decrease downtime and service disruptions, and to reduce any unforeseen problems. People who are the first to download new software and apps get the super fun job of reporting issues and bugs, which often times get corrected before the update rolls out to more users. Google noted on its support site that if you are unable to see "Use new Calendar" at the top right-hand corner of your screen, the update is not yet available to you.

"In a traditional software upgrade, an application servers is taken offline while its software is updated and tested, then it is returned to service," Tech Target explained. "This can result in substantial downtime for the application — especially if unexpected errors or problems force a developer to revert the installation to a previous version. In a rolling upgrade, only part of the server capacity for an application is offline at a given time."

I've worked at several companies that would do do full updates versus rolling updates, and this meant that the software or website would be down entirely for a few hours, usually in the middle of the night. Tens of millions of people all of the world use Google Calendar, so a rolling update makes sense since it doesn't result in any kind of blackout. It just means that some people have to wait a little longer to enjoy the long-awaited magic of the new Google Calendar.

Some people who have been able to switch to the new calendar have reported synching issues. If you're using the Google Calendar app for iPhone or Android, you'll want to make sure you're using the latest version of the app. If you still can't sync your calendar you can review these Google Calendar troubleshooting tips, or ask @GoogleCalendar for help on Twitter. If you don't have access to the update yet, here are some of the things you can look forward to with the updated Google Calendar: improved event functions, a fresh, modern look, myriad viewing and invitation options, and personal customization.

"We’re taking a lot of what you know and love from Calendar’s mobile application, like the modern color palette and sleek design, and bringing it to the web with a responsive layout that auto-adjusts to your screen size. We’ve also added more features for enterprises to help teams schedule and prepare for meetings," Google shared on its blog. "Over the years, you’ve shared valuable feedback on how we can enhance Calendar to better fit your needs and we’re excited to bring new improvements."

If AMHS Technology is correct, you shouldn't have to wait more than 24 hours for the update to become available to you, and waiting a day never hurt anyone. iOS users often have to wait much longer during a rolling update, and Google Calendar releasing its update during a holiday week, when many people have a shorter-than-normal work week is also pretty genius and thoughtful of them because if things do go sideways, they'll likely be fixed by the time you return to work next week.