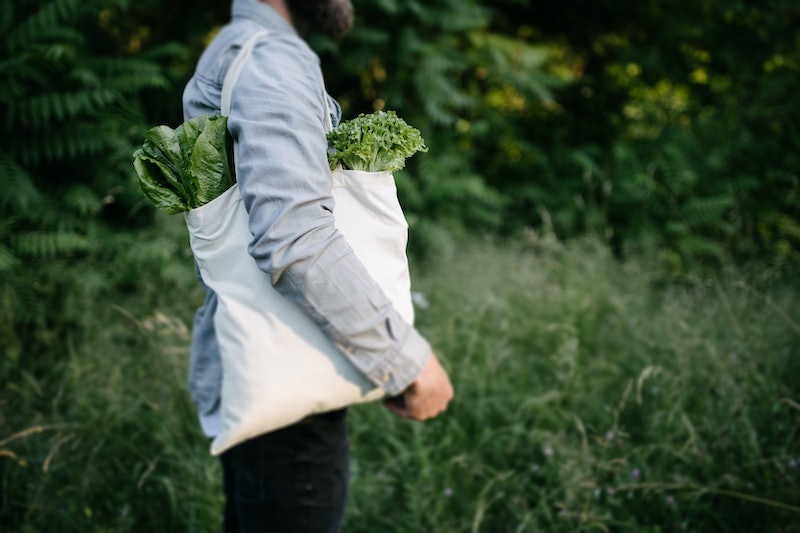 Scan the news quickly, and you’ll see that toxic masculinity and gender bias are pretty toxic. Toxic masculinity is the misguided belief that "manliness" is fixed and immutable, and it's commonly cited as a factor for social issues like rape culture and gun violence, among other things. According to a new study, those “other things” may now include the climate crisis, because it turns out, the reason men don't recycle is because they think it will "make them seem gay," Out reported.

I’m just as confused by that as you are. As much as I’d like to believe that this factoid is satire, it’s backed up by research. In an article about the research, Pacific Standard cites a new study titled “Gender Bending and Gender Conformity: The Social Consequences of Engaging in Feminine and Masculine Pro-Environmental Behaviors,” published in the journal Sex Roles. The study shows how some pro-environmental behaviors (PEBs) are associated with a particular gender identity, which affects perceptions of sexual orientation.

According to Out, 960 participants were asked to determine whether fictional characters were “feminine” or “masculine” based on the PEBs they performed in scenarios. These behaviors ranged from “paying bills online, turning off the air conditioner, caulking windows, recycling, or using reusable shopping bags.” After this exercise, the participants then gauged the characters’ sexualities, based on a 10-point scale from heterosexual to homosexual.

When the men in the study were presented with a scenario in which a man was recycling or using reusable shopping bags, they perceived these PEBs to be more “feminine,” and were therefore uncertain about the man’s heterosexual identity, according to researchers.

The study also showed that women were susceptible to gender bias in their environmental actions, too, viewing things like caulking windows to save energy as primarily “masculine activities.” The women in the study also preferred to socialize with women whose climate actions were gender-conforming.

Dr. Janet K. Swim, PhD, a professor of psychology at Pennsylvania State University and lead researcher of the study, said that their findings suggested men might be avoiding these behaviors as a way of maintaining an outward-facing heterosexual identity. “People may avoid certain behaviors because they are managing the gendered impression they anticipate others will have of them,” Dr. Swim said in a press release about the study.

This isn’t the first time that toxic masculinity has showed up in such a bizarre way. Social media posts suggested that some men think wiping their butt “makes them gay.” And society can send a message that certain culinary arts — like baking — are also “gay.”

Now, these individual decisions not to recycle or use more sustainable products are not actually what’s causing the climate crisis. A 2013 study published in the journal Climatic Change showed that a mere 90 companies were responsible for two-thirds of global emissions since the beginning of the Industrial Age. Compared to that, a man not taking a reusable thermos to Starbucks is completely negligible.

Even still, this research is important, because toxic masculinity and strict gender roles lay the foundation for why the participants think this way, and those things hurt people. Those attitudes shouldn’t be dismissed, because they’re dangerous. Also, even though lack of recycling due to homophobia isn’t causing the climate crisis, it certainly isn’t helping either. If people are allowing gender roles to constrain their climate activism, they’ll be less effective at making an impact.

And it's also worth noting how these perceptions have informed our national conversation about the climate crisis. One example is the mockery of Rep. Alexandria Ocasio-Cortez' (D-NY) proposal for a Green New Deal. Sen. Mike Lee (R-Utah) took to the Senate floor to heavily suggest that Ocasio-Cortez herself was unintelligent, comparing her legislation to scenes from fantasy films like Star Wars and Aquaman. Misogyny and homophobia are present in conversations about climate action, and it's important to be aware of that.

As a global community, we may only have about 18 months to make an impact on the climate crisis, according to Canadian climate scientists at the University of Winnepeg and the University of Waterloo. It would be a tragedy to let homophobia and sexism get in the way of creating a sustainable future for ourselves and the planet.