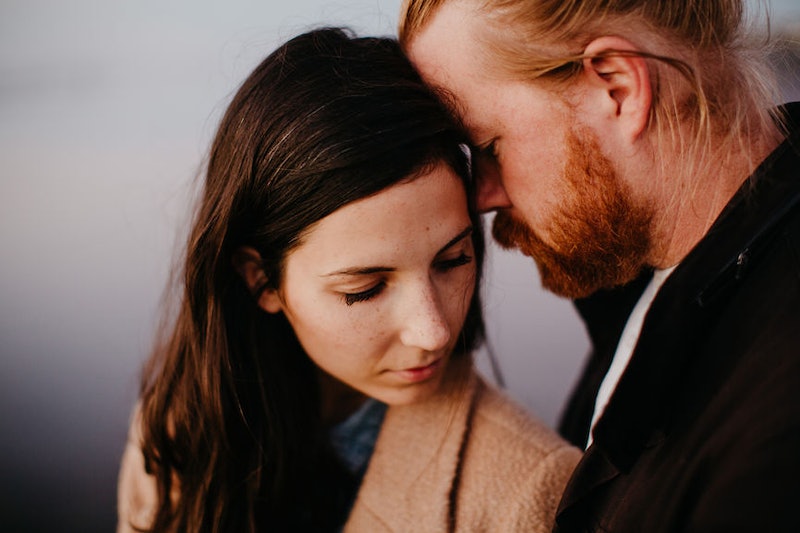 What makes you stay in a relationship that's lost its spark? Is it a fear of being single, or a reluctance to plunge back into Bumble? Could you be unwilling to share custody of your Maltipoo puppy, Steven? According to a study published in the Journal of Personality and Social Psychology, the motivation is often a bit more selfless than that. Research led by psychologist Samantha Joel found that people frequently consider how dependent their partners are on the relationship before deciding to break up with them. Why don't people leave unhappy relationships? Often, it's because they don't want to break their partner's heart.

The study's conclusion? "The more dependent people believed their partner was on the relationship, the less likely they were to initiate a breakup," Joel said. While previous studies have demonstrated the role of self-interest in remaining in an unfulfilling relationship, Joel's study indicated an "altruistic component."

Previous studies have flagged up a different force that compels people to stay in unhappy relationships: the sunk cost effect, or sunk cost fallacy. As Stylist reports, a 2016 study by researchers from the University of Minho, Portugal, concluded that people are more likely to stay in a relationship in which they've invested time, effort, or money. This exemplifies the sunk cost effect, which "occurs when a prior investment in one option leads to a continuous investment in that option, despite not being the best decision." Essentially, you might stay in a relationship you're dissatisfied with because you don't want to feel the effort you put into it has gone to waste.

The first experiment of the study, published in Current Psychology, found "the likelihood of participants staying in the relationship was higher when money and effort, but not time, had been previously invested in that relationship." A subsequent experiment found that "participants were willing to invest more time in a relationship in which more time had already been invested."

Reluctance to squander a perceived investment or fear of being single might seem like less compassionate reasons to remain in a relationship than concern for your partner's welfare — but as Samantha Joel points out, it might not be kind to defer a breakup to avoid hurting your significant other. "Who wants a partner who doesn't really want to be in the relationship?" she said. What's more, it's vital not to valorise self-abnegation over your own wellbeing — after all, your happiness is just as valid as your partner's.