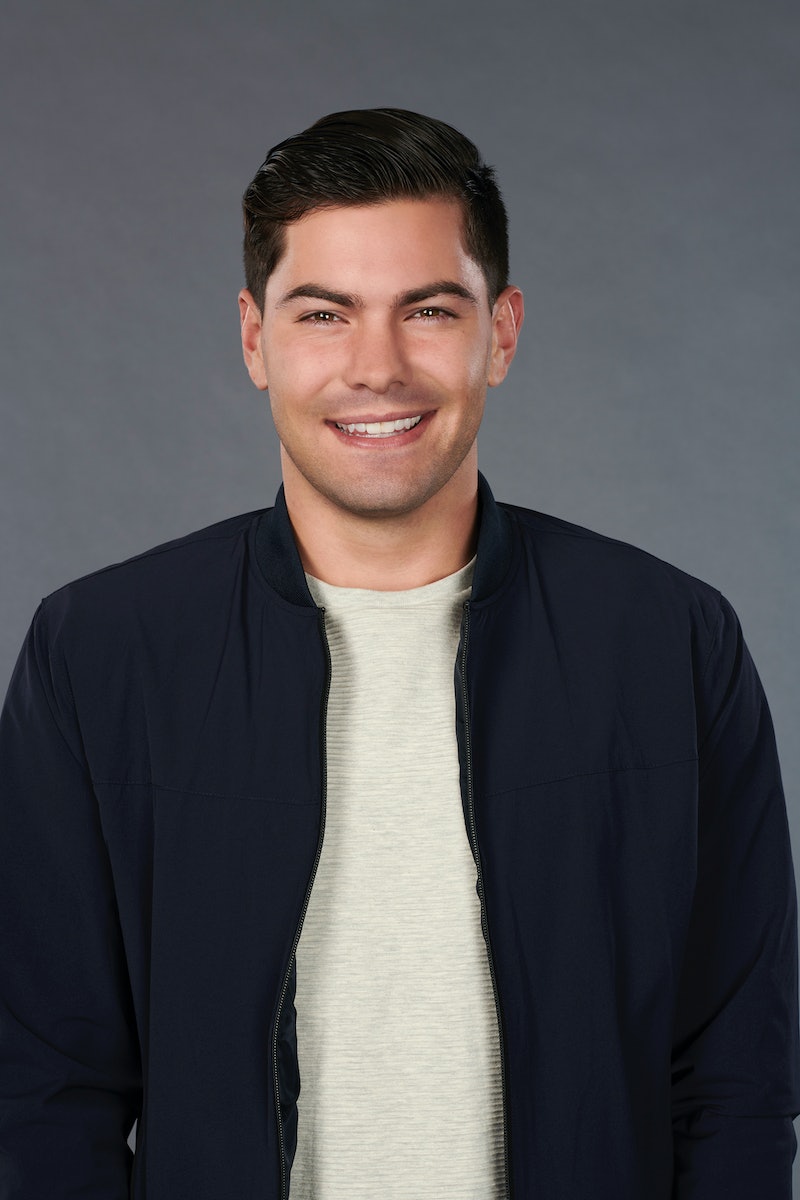 If there wasn't at least one Silicon Valley tech dude in the running, it wouldn't be a regular season of The Bachelorette. Dylan Barbour is our guy this year — in January, he started a fitness app called Vizer that allows people to achieve their fitness goals and donate to local food banks in the same place. Will he live up to the wholesome goodness of Venmo John? Only time will tell.

Dylan's Vizer app is currently accessible only in the San Diego area, which is where Dylan is from. It works like this: for every fitness goal that a user reaches via the app (i.e. 10,000 steps walked, 30 minutes spent active), a partnered Vizer sponsor donates to the local San Diego food bank, which grants the user credits that go toward free food and drink from local businesses. More exercise equals more donations which equals more free stuff. The brand's slogan is "incentivize your exercise." Pretty neat, right?

The app, which he co-founded with his cousin Sam, is still relatively new and is looking to branch out to more cities. But right now, Sam will have to do most of the heavy lifting, because Dylan is focused on a new startup: a relationship with Hannah B. On March 12, he tweeted "brb," which likely references his social media hiatus to film The Bachelorette. According to Bachelor blogger Reality Steve, Dylan's Instagram was set to private on the same day, presumably for the same reason.

Commenters on the official Bachelorette's Facebook page are uniting under the opinion that, based on his headshot for the show, Dylan is a Zac Efron lookalike. Whether or not that's true is up for debate, but according to his ABC bio, his favorite sport is basketball. So he at least has that in common with Troy Bolton.

His bio also says he enjoys driving his boat (he has a boat?!), scuba diving, and cooking for his friends and family. There's not much information on his dating history out there, but his bio does say that the majority of his friends are women, which could be a good or bad thing, depending on how Hannah feels about it.

He has two tattoos: a palm tree on his ankle and a heart with roses on his chest for his parents. You can see the chest piece in his shirtless Twitter avatar, in which he's nomming some delicious looking sushi on the beach.

According to his LinkedIn, Dylan graduated from Williams College in 2016 with a degree in English language and literature and a minor in leadership studies. There, he participated in varsity football and varsity track and field. He also worked as an investment banking analyst in New York City, and did a study abroad program in London at The London School of Economics and Political Science. So it seems like he's always up to travel. And if he's never been to Alabama, he'll be one step closer when he starts dating Hannah B.