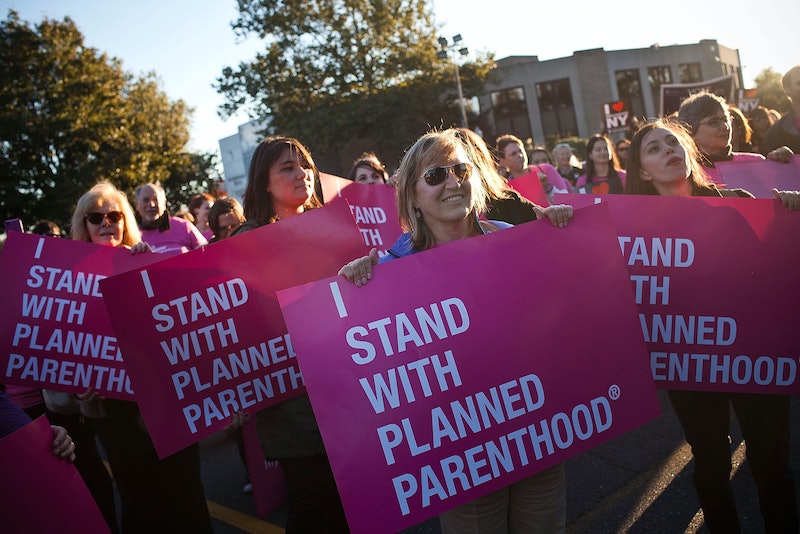 Feminism, at its basis, is about equality. It's about women and men having the same opportunities in the world. But it's also about all women having the same opportunities as each other, and particularly about giving desperately needed support to women who are more vulnerable in any way. Because of its health care services, sexual educational activities, and global advocacy programs, Planned Parenthood is a deeply feminist organization at its heart.

On its website, Planned Parenthood notes that it "was founded on the revolutionary idea that women should have the information and care they need to live strong, healthy lives and fulfill their dreams." PP started with providing diaphragms in 1916, when even contraception was illegal. For the last 100 years, the organization has worked tirelessly to allow women to make their own choices about their bodies. Even if you haven't personally benefited from any of their services, you have definitely benefited from their fight.

In the U.S., many low-income women who have nowhere else to turn for their healthcare depend on Planned Parenthood for things like birth control, but also totally unpoliticized things like treatment for urinary tract infections or breast cancer screenings. If a Planned Parenthood clinic shuts down, the wealthier women who used its services can find alternative healthcare — but the lower-income women have nowhere else to turn. And given that one in five women has gone to Planned Parenthood for one thing or another, you probably know someone who has been there, even if you haven't.

Planned Parenthood is a symbol of immorality for the Republicans trying to defund it, but it's a symbol of progress to everyone else, in addition being to a literally lifesaving organization. Whenever a Planned Parenthood is forced to shut its doors because it isn't receiving enough funding, that's not only a hit for the women who were depending on it. It's a step back for all women who have equality as their goal. It's an attack on feminism.