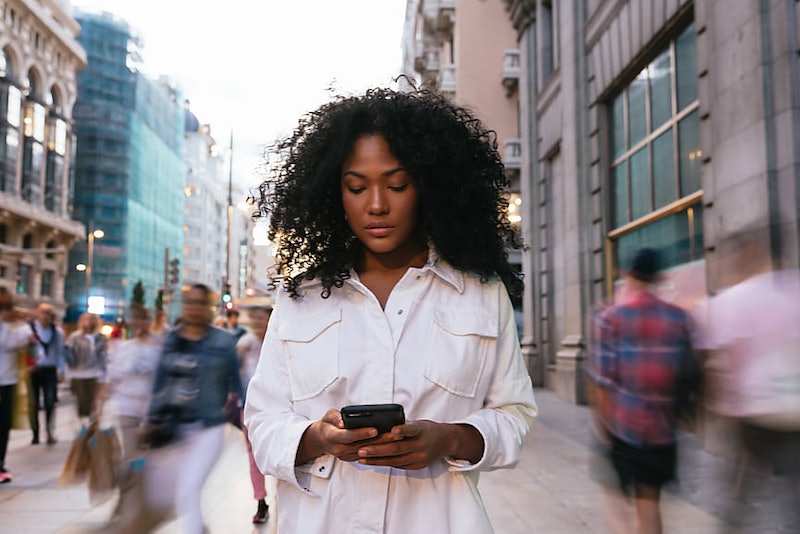 Chances are if you’ve dated for any prolonged period of time you’ll have ghosted someone or been ghosted. While some see it as an easy way out, others think it’s completely unacceptable. So, here’s why ghosting hurts so much and how to overcome it, according to dating and relationship experts.

It may not be a new phenomenon but ghosting is still pretty mortifying. Ghosting is described by Dictionary.com as "the practice of suddenly ending all contact with a person without explanation, especially in a romantic relationship." At best, it can be seen as a hazard that comes with the territory of modern dating but, at worst, it comes across rude and can be painful and confusing.

Some dating experts have said ghosting is so painful because it's a form of emotional cruelty, as Psychology Today reports. Dating apps like Bumble have gone as far as to send users notifications when they've not replied to someone to prompt them to either end the flirtation or strike up the conversation again. The app's in-house ghosting expert (yep, that's a real job), Kate Leaver explained the app's stance on ghosting to the Telegraph, saying: “if you experience ghosting multiple times, it’s just strengthens this idea in your head that you’re unlovable. It can also feel like the dating scene is broken so why bother with it. That’s why we’re addressing it this way."

As Psychology Today reports, according to two 2018 studies published in the Journal of Social and Personal Relationships, 20 percent of the 554 and 747 participants admitted to ghosting someone, and 25 percent of the same two groups claim to have been ghosted.

One of the most difficult things about being ghosted is its potential to knock your confidence but there are things you can do to cleanse your dating life of the bad spirits, as Eharmony’s resident relationship expert Dr. Seth Meyers explained in a statement. "First, get your mood back to baseline by exercising, having dinner with a friend who loves you, taking a comforting shower or bath, and tucking yourself into bed early. Good sleep makes almost any problem more manageable,” he advised. Meyers also suggested that focusing on how you feel and practising a few positive affirmations could really perk you up and help you regain your confidence.

One of the most important things to remember when it comes to ghosting is it says a lot more about the ghoster than the ghostee. Meyers said, “remind yourself of people you know who experienced a breakup but actually found someone later who was better for them.” He continues: “Take a quick mental inventory of the traits you like most about yourself. Understand that these traits aren't changing anytime soon and that others will continue to find them attractive, too, in the future.”

Studies have found that social rejection activates the same pain pathways in the brain as physical pain so giving yourself a little time after being ghosted is totally warranted. One thing is for sure, ghosting says a lot more about the person you dated than you.