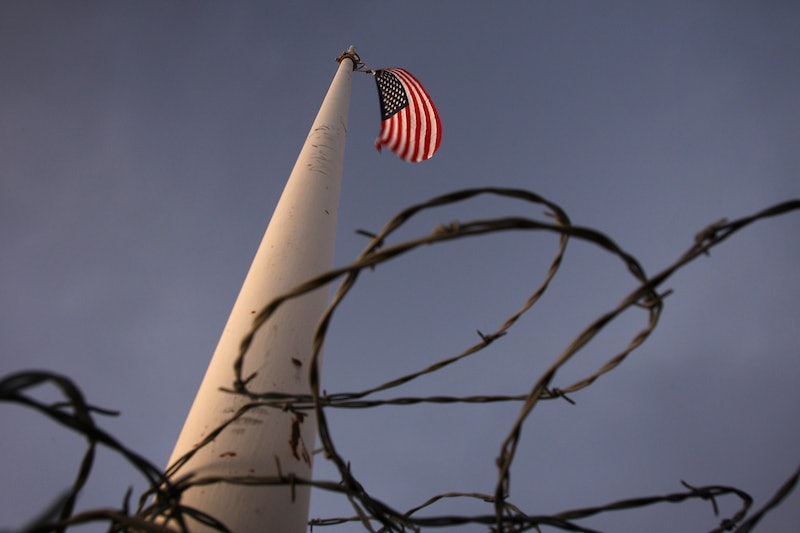 On countless occasions throughout his presidential campaign, President Trump made illegal immigration his central issue. He announced his candidacy by declaring that Mexicans were flooding into the country, our southern neighbor wasn't "sending their best," labeling Mexican immigrants as "rapists" and "criminals." Trump promised to build a 1,900-mile wall, and pledged that because we "are a country with laws," the 11 million undocumented immigrants in the United States would have to go. And with the arrest and detainment of Guadalupe Garcia, it seems Trump does intend a tectonic shift in immigration policy from President Obama's, who focused on recent arrivals, immigrants living in border states, and those convicted of violent or serial offenses.

Under Obama, Garcia would not have faced deportation. Arriving in the United States at just 14 years old, she has not returned to Mexico in the 21 years since she left. And the only crime Garcia has on her record is falsifying records, a widespread practice among those living in the United States illegally who wish to find work. She also has two American-born children, and has faithfully reported to her assigned Immigration and Customs Enforcement (ICE) official. In fact, it was at just such a routine meeting that Garcia was arrested yesterday.

Trump often claimed that Obama was soft on immigration, but deportations actually went up during his first four years in office. What distinguished Obama's policy was a focus on the border itself, as The Migration Policy Institute points out that Obama established "guidelines for exercising discretion not to deport certain people in cases that are outside established priority categories." The previous administration had a near "zero tolerance" policy towards those who were caught during or shortly after illegally crossing the U.S.-Mexico border.

However, Obama instructed ICE not to prioritize the deportation of non-violent criminals, especially people who had been living in the United States for a substantial number of years. Guadalupe Garcia fits that description, and was not removed from the country under Obama, even after her 2008 arrest for using false papers in order to gain employment.

But Trump has fundamentally shifted that policy, issuing an executive order that expands the definition of those eligible for deportation to just about anyone living illegally within the United States. As Fernando Santos writes for The New York Times, "undocumented immigrants convicted of any criminal offense — and even those who have not been charged but are believed to have committed 'acts that constitute a chargeable criminal offense' — have become a priority for deportation."

Protesters gathered around the ICE building on Wednesday, in a show of support for Guadalupe — a woman who willingly went to her scheduled meeting, knowing that in doing so she risked exactly this outcome. Millions of others like Garcia will face similar dilemmas, now that the threat of deportation is demonstrably not an empty one. Trump's executive order is a sea change for immigration policy in the U.S., one that portends more scenes of arrests, split families, and public outcries. It provokes the question: Do Trump's ardent supporters feel safer, stronger, better today, now that Garcia is gone?