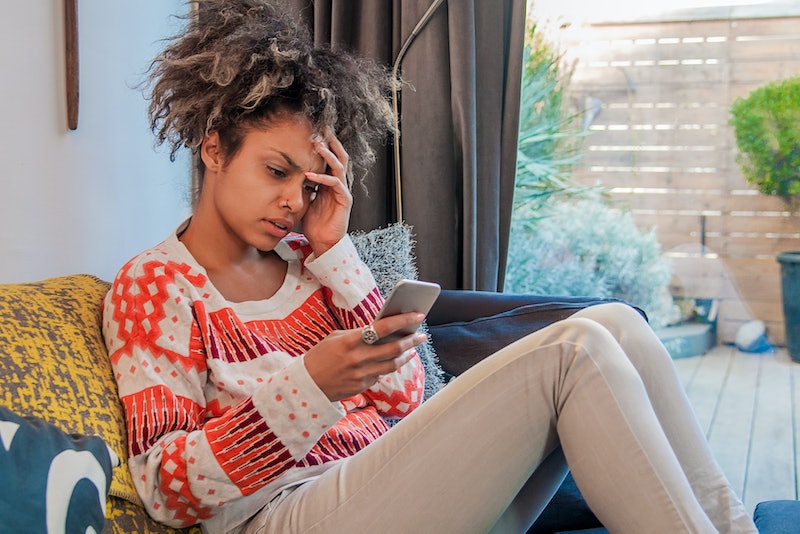 The haunting dating trend, in a world of bad dating trends, still manages to be particularly awful. Not familiar with it? "I describe 'haunting' as today’s term [for] stalking an ex on social media, but seemingly more common and less creepy-sounding," Julie Spira, online dating expert, digital matchmaker, and founder of Cyber-Dating Expert, tells Bustle. "When you’re still connected on social media, or following someone’s public posts, it becomes common to take a peek daily (or even several times a day) just to find out what’s happening [with the other person]."

It means that you see that they've watched your Snapchat story or liked a Facebook post — that an ex or former fling manages to stay just involved enough to make you feel crappy and confused. Now, a lot of people have been burned by the OG of dating trends — ghosting. You know, when someone you're seeing or chatting to just straight up disappears, like a ghost. And people were angry about it. Hell, I've been angry about it. But haunting is worse. I know, with ghosting, you don't get any closure and that you don't know where they've disappeared to. But haunting also has a total lack of closure — with a lot more confusion.

Here's why it's worst than ghosting: