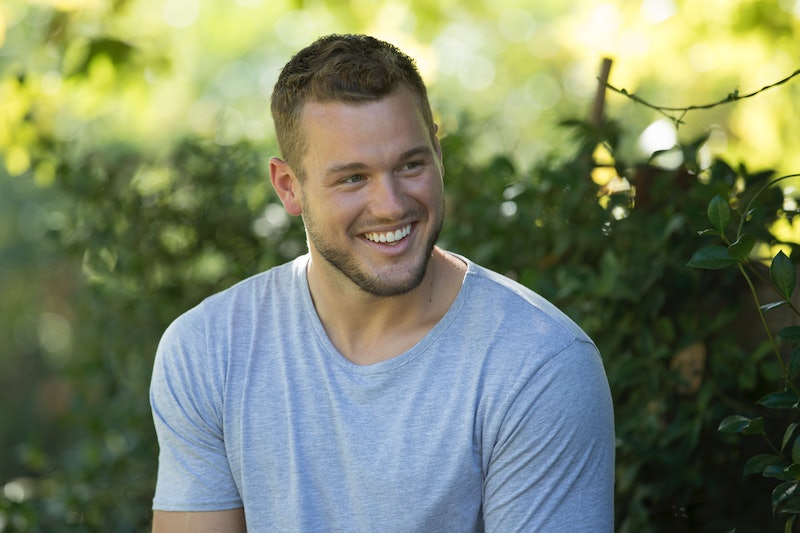 Colton Underwood may be spending the majority of his days inside the Bachelor mansion getting to know his contestants; however, there's something else that he's been doing quite a bit of on-camera: showering. There's no doubt about it that this guy prefers to stay clean as much as possible, and while it may seem like a small detail, it turns out that there's a very specific reason Colton is always showering on The Bachelor that can help to explain all of this steamy footage to fans.

During a recent visit on Ben Higgins and Ashley Iaconetti's Almost Famous podcast, Colton opened up about all those constant cutaways to him bathing this season. "You know how many showers I took? You ready for this? This is a spoiler alert," he teased. "We had a shower B-roll day. It was awesome." But just in case you were wondering, this isn't just an excuse to showcase Colton's undeniably attractive physique (though you better believe that's definitely a factor as well).

Turns out that hygiene is incredibly important to this Bachelor and those who don't adhere to a certain standard may very well find themselves without a rose moving forward. "I'm a hygiene guy, like brush your teeth, put some deodorant on, shower every once in a while," he said, adding that showering every day isn't necessary, he'd prefer that his future mate "just smell decent."

Of course, considering how stunning all of the women always seem to look on the show, it's doubtful Colton's disdain for poor hygiene will impact any of them in any way. But it's still good to know and sheds some light on why we, as viewers, are constantly getting glimpses of him in the shower. Not that we were ever really complaining about it to begin with. So expect there to still be plenty of moments like this in the near future.

Aside from cleanliness, though, there's still plenty of other things happening during Colton's season of The Bachelor. For one thing, the series can't seem to stop talking about his virginity, an aspect that even he himself is getting tired of, wishing it hadn't become his official label.

Colton expanded on his feelings during a press call with reporters, as per E! News, stating:

Hopefully fans will get to see a different side of Colton throughout the rest of the season (and no, not just in the shower), which includes taking a break from all the virgin remarks so that he can focus on what's really important: falling in love.