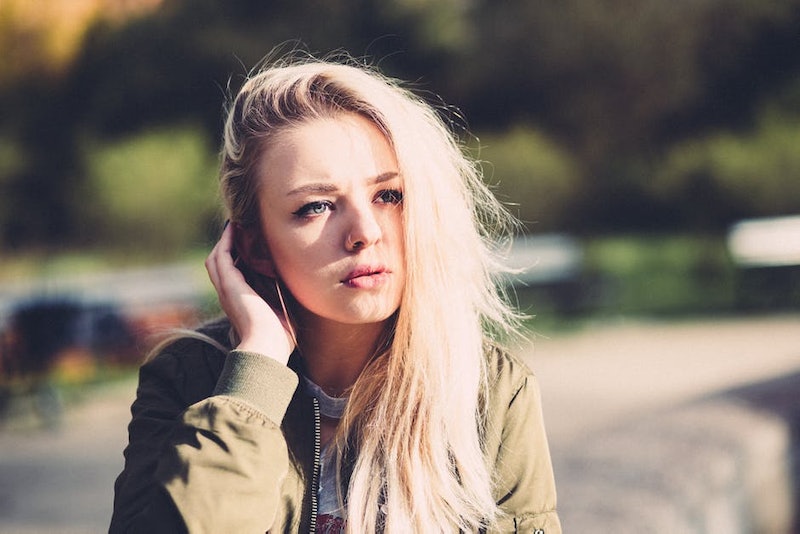 This Monday, Aug. 21, a solar eclipse is coming our way. It’s the kind of eclipse the occurs when the moon passes between Earth and the sun, causing the moon to partially or fully block out the sun. It is, to put it scientifically, pretty friggin’ cool. And like most things that are cool, there are some necessary precautions you need to take to enjoy it safely. If you’re wondering why it’s bad to look at a solar eclipse with your bare eyeballs, the short answer is because it could do some serious damage to your eyes.

Perhaps you don’t heed that warning because you think your eyes are particularly strong and the rules don’t apply to them. Here’s what could happen, according to an opthamologist who spoke to Romper:

Looking at a solar eclipse causes a photochemical injury to the retina in the back of the eye. This happens because of a biochemical reaction that occurs with the crucial layer of the retina, the Retinal Pigment Epithelium (RPE) and also the photoreceptors (rods and cones) sustaining damage.

Perhaps you don’t heed that warning because it was too long and scientific sounding for your taste. Here’s what could happen, in slightly more laymen terms, according to the president of the American Optometric Association who spoke with CNN: “When you look directly at the sun, the intensity of the light and the focus of the light is so great on the retina that it can cook it.”

Perhaps that paragraph was too long and your lazy but so, so strong eyes skipped over it. Here’s what could happen, once more with feeling: Looking at a solar eclipse could basically cook your eyes.

Is The Damage Really That Bad?

Yep. And what’s worse is the retina-cooking is completely painless. While that sounds cool and superheroic, it means you’d have no way to know you’re doing serious damage to your eyes until the damage is already done.

“The patient will notice within a few hours of exposure that he/she has a loss of vision, that objects appear very distorted, and frequently a blind spot will be present,” Dr. Alan Mendelsohn told Romper.

And yes, you could quite literally go blind.

If you’re planning on taking pictures of the eclipse, an Instagram filter will not save your eyeballs, even if you’ve got on protective glasses. According to NASA’s official solar eclipse safety page, looking at the sun through cameras, binoculars, telescopes, or other optical devices (aka your smartphone) “will damage the filter and enter your eye(s), causing serious injury.” Once more in bold for the people in the back: Don’t look at the eclipse through your phone or camera.

So, Is There Any Way On Beyoncé’s Green Earth To Actually Enjoy The Solar Eclipse?

There is! You can look at the eclipse using a special pair of glasses. If you’re wondering where to get solar eclipse glasses, you’ve got more than a few options. You could start by finding an official NASA viewing event near you. You can also see if your local library has solar eclipse glasses. Additionally, there a handful of retailers selling solar eclipse glasses, from 7-Eleven to Walmart to Lowe’s, which you can purchase before Monday. Also, double check to make sure your solar viewing glasses are actually safe, in compliance with the American Astronomical Society’s standards.

After Monday, the next total solar eclipse visible in the United States will be in 2024. So, if you don’t want to wait another seven years, best get your eyeballs good and ready now.