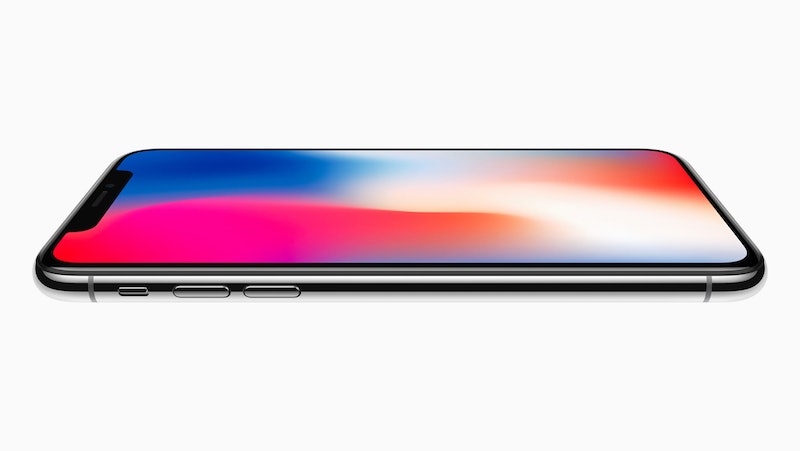 After Apple announced the launch of iPhone 8, iPhone 8 Plus, and iPhone X, some people have been wondering where exactly the name for iPhone X came from. After all, it is a mysterious-sounding title for the latest Apple innovation but the reported reason behind iPhone X's name is less enigmatic and more based in good ol' nostalgia.

According to The Verge, the iPhone X got its sleek name from the Roman numeral, based on the fact that its launch celebrates the 10-year marking of Apple launching its first iPhone in 2007. That's right. It's been a whole decade since the revolutionary phone entered the smartphone market. (There was never an iPhone 9 — you're not imagining things.)

Interestingly enough, the naming of iPhone X could lead to yet another pronunciation debate among users, which won't be the first time that Apple product users would have to hash it over pronouncing a product's name. Prior to this, Apple introduced its desktop operating system under the initially-titled Mac OS X 10.0. But later on, the recurring argument among users over whether it was pronounced as "ten" or "ex" ultimately led Apple to rebrand its Mac OS X to simply "MacOS." It would be interesting if the same confusion emerged over the iPhone X's pronunciation. So far, however, people seem to be more excited about the phone's features.

At Tuesday's launch, iPhone X was introduced to the world with some impressive notes on its hardware and software. The length and width of the iPhone X's screen is longer and wider than its iPhone 7 predecessor. This means that users will have the opportunity to enjoy photos and videos in larger settings with richer resolution. Plus, iPhone X's OLED display is a noteworthy addition from the company. The OLED display is supposed to provide better color and image accuracy while allowing users to control brightness levels with more autonomy.

Those who have been keeping tabs on Apple's latest and often under-wraps tweaks and tinkerings with their iPhone products might have already known about the initially rumored name for the iPhone X. With several media reports of purported leaks about the new smartphones, Apple-hungry readers probably had a hint that the company's newest phone's appellation would have some kind of relation to the fact that the launch was coinciding with the decade-long marking of iPhone's first introduction in 2007.

Now that the highly anticipated phone is here, users can expect a new set of enhancements and additions. Those who love photography will be happy to learn that the iPhone X offers a vertically positioned camera instead of a horizontally oriented one. This means better and bigger photos without too much effort. For those who are curious about augmented reality applications in smartphones, iPhone X offers a front camera that can manipulate photos and videos for augmented reality software. The company has also embedded better facial recognition software for authentication purposes.

The iPhone X also uses an iOS 11 that boasts an improved control center and quicker Siri. The phone is set to be sold at a starting price of $999 in the market.