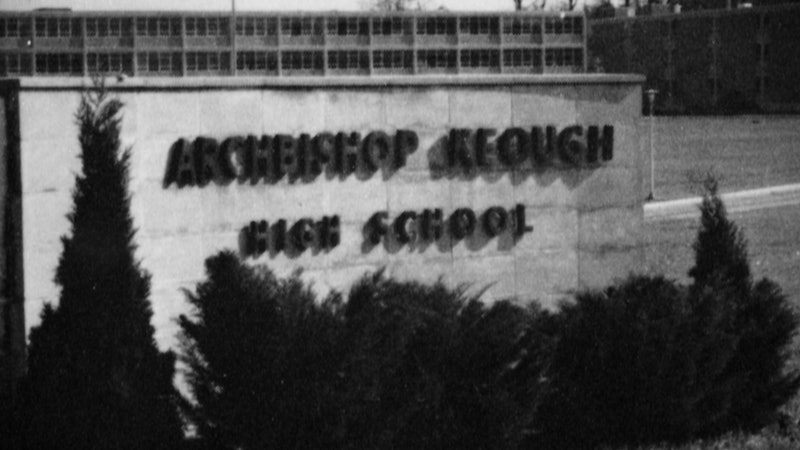 Nearly five decades after Sister Cathy Cesnik's tragic murder in Baltimore, the unsolved case is receiving the national attention it deserves. But Netflix's new docuseries The Keepers simultaneously places an extremely strong focus on the allegations of sexual abuse at Archbishop Keough High School, where Sister Cathy was a beloved English teacher. The series presents a theory that Sister Cathy's murder was linked to her attempts to help the teenage girls who confided in her about the alleged abuse they suffered at the hands of Father Joseph Maskell, the school's chaplain. (The Baltimore Sun reported that Maskell denied the accusations until his death in 2001, and he was never charged with any crime.) Keough has recently received a flurry of attention due to the series — but its doors will close for good very soon. However, the reason for Keough High School's closing is unrelated to The Keepers and its content.

The school, which was renamed Seton Keough High School when Archbishop Keough and Seton High School (another all-girls Catholic School) merged in 1988, is closing for fairly common reasons. In October 2016, CBS Baltimore reported that, due to low enrollment and aging buildings, Keough will be forced to close its doors when then 2017 school year ends. Two other Baltimore-area Catholic schools, John Paul Regional and St. Thomas Aquinas, are closing for the same reason.

In a letter dated Oct. 26, 2016, the chancellor and superintendent of Baltimore Catholic schools addressed the community:

Among the most difficult decisions we must make is the closure of Seton Keough High School at the conclusion of the current school year. The facility that houses Seton Keough opened in 1965 and can accommodate 1,200 students. This year, 186 girls attend the high school. With 47 seniors scheduled to graduate at the end of the current school year and a steady decline in overall enrollment at the school over the past several years, the school simply cannot continue operating with so few students.

Although Keough's history is anything but ordinary, the school's closure is part of a nationwide trend — enrollment in Catholic schools has been declining for quite some time, and many parochial schools have closed their doors for this reason.

However, school is still in session and the administration at Seton Keough High School anticipated an onslaught of attention upon the premiere of The Keepers. According to The Baltimore Sun, the school's president Donna Bridickas sent an email to students' parents in May. "We expect that the contents of this series will include adult themes and graphic descriptions, so we wanted to provide you with this information and suggest that you talk with your daughter about this series and consider watching it with her if she is going to watch it," she wrote.

Bridickas also noted that girls had been talking about the documentary and asking questions leading up to its premiere. According to the message sent to parents, counselors will be available to speak with students about the disturbing content of The Keepers. Bustle reached out to Keough for comment, and the Archdiocese of Baltimore (who oversees the school) provided the following statement acknowledging the allegations against Maskell:

Towards the end of The Keepers, the former students in the series receive an email notifying alumni that Keough will close for the reasons mentioned above. The women express that they're not sad about the news and, in their opinion, it's probably for the best.